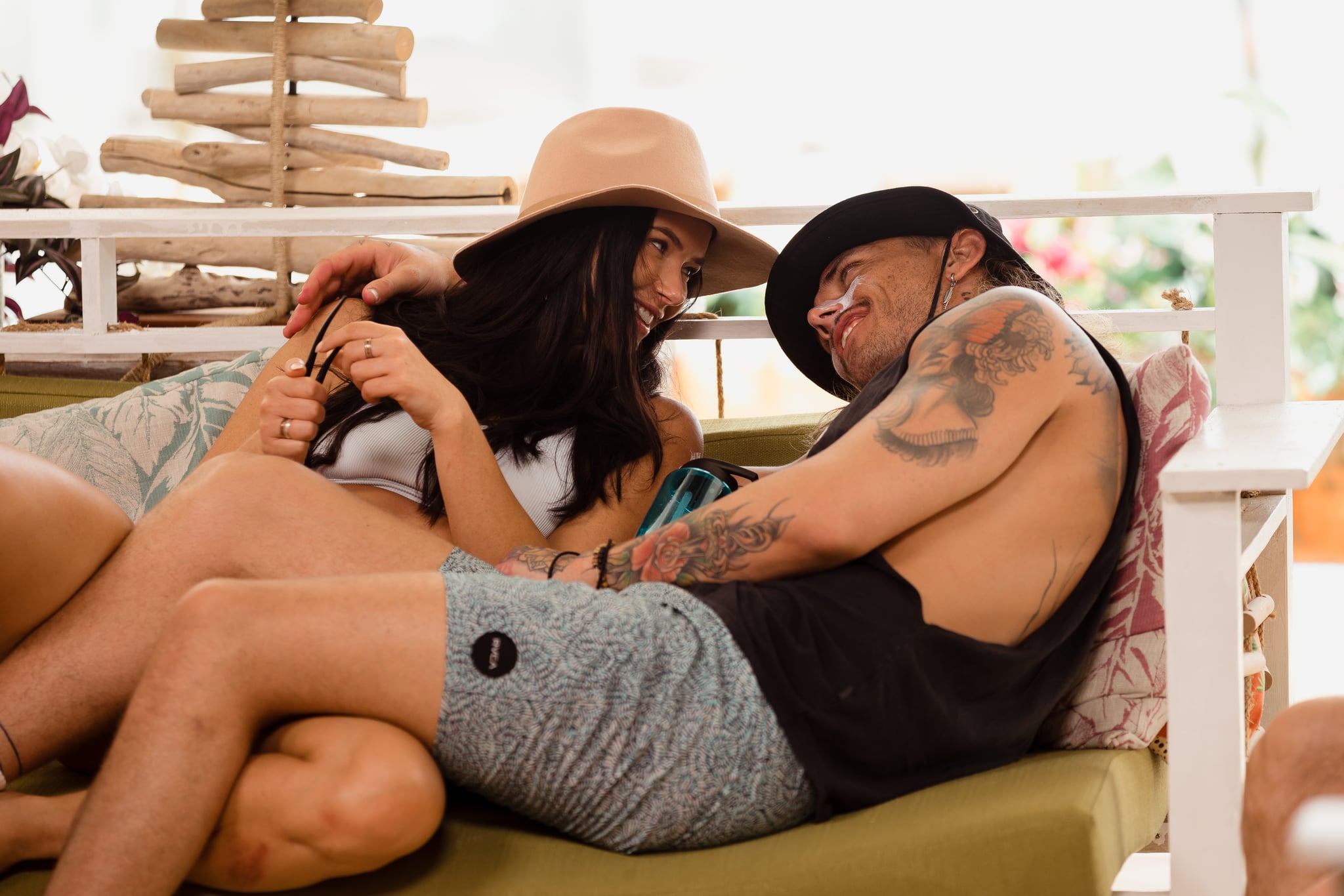 Timm took his Paradise partner Brittany Hockley for a romantic champagne and fish taco date on the beach, where he announced to a nervous Brittany he had something he needed to tell her.

"I have to leave Paradise," Timm said, in a way that promised maximum suspense and was actually maybe a little cruel, considering how Brittany's Bachelor journey ended in 2018.

It's OK though — Timm's just heading off for a few days to be the best man at his friend's wedding.

"Are you coming back?" Brittany asked.

"I love spending time with you, hey," he continued.

Timm whipped out a rose for Brittany so she would be safe in the next rose ceremony, where the men have the power. "I was just wondering, Brittany, will you accept this rose?"

That, of course, also brought back Bachelor memories for Brittany. "What show am I on?" she laughed.

Timm explained to camera that he would regret not returning to Paradise to see how his relationship with Brittany would evolve. Brittany also reflected that this was a turning point in their relationship, as in that moment she realised she wouldn't want to be in Fiji without Timm.

Related:
People Cheered Last Night When Glenn Stood Up For Alisha Against Keira on Bachie in Paradise

Last week, Timm was on the verge of leaving Paradise, after he was called out for stirring the pot at the Renee-themed bula banquet. But Brittany told Timm that he's an "amazing, lovely, funny, gentle, loyal" man, and Timm decided not to leave Fiji.