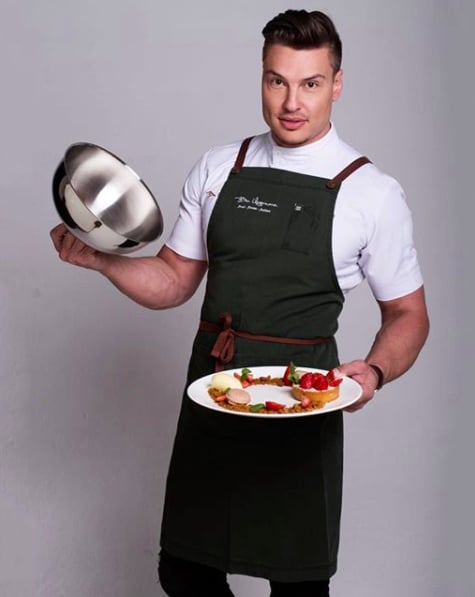 Ice cream man Ben Ungermann had plenty of airtime on MasterChef: Back to Win, with the departure of the runner-up on season nine announced briefly on Sunday night's Elimination episode.

"You're probably wondering where Ben is. Due to a personal matter, Ben has had to leave the competition, and he will not be returning," said judge Jock Zonfrillo.

We saw Ben fight to stay on the show making pasta in the Enter Via Laundry Pressure Test, and compete for immunity by making an Indonesian dish inspired by his heritage.

Ben was removed from the competition after he was arrested for an incident unrelated to the show. 10 daily reported the news in March, just a few weeks out from the season's premiere in early April.

The Daily Mail reported that Ben was arrested on March 6 on two charges of sexual assault, for an alleged incident in Melbourne on Feb 23 — the time Ben was shooting MasterChef:Back to Win. The Age reported that, according to a police spokesperson, the victim was a 16-year-old girl. Ben is expected to appear before the Melbourne Magistrates' Court on June 25.

A statement from Victoria Police released today read: "The arrest follows an investigation into an alleged sexual assault in Docklands on 23 February. A 33-year-old Queensland man has been charged with two counts sexual assault."

That afternoon, lawyer Adam Houda wrote a tweet that Ben has since shared to his Instagram Stories: "I act for Ben Ungermann. Allegations against my client are vehemently denied and will be defended."

A spokesperson from production company Endemol Shine said that the issue was "of a personal nature". "We can confirm Ben Ungermann has left the MasterChef Australia competition. As this is a police matter, we will not be making further comment."