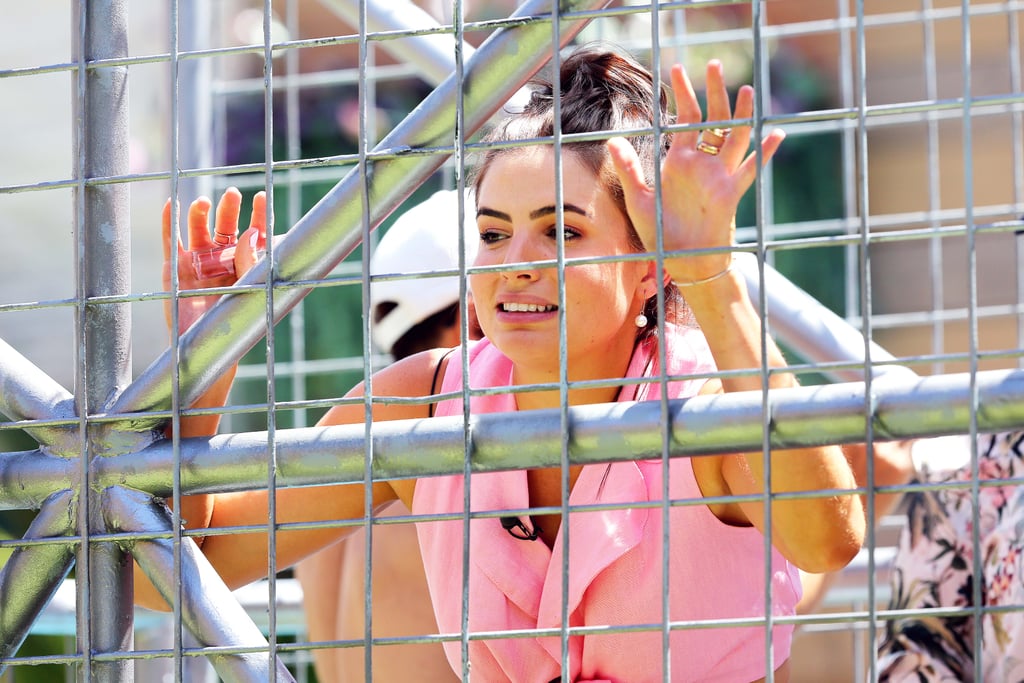 Women on Big Brother Should Be Supporting One Another, Not Tearing Each Other Down

The contestants already in the house were told that for every hour the new contestants remained suspended in their cage they would earn $50 towards their shopping budget. They reasoned that they could justify leaving them up there for three hours, talking to them through the bars of the cage.

But one contestant rubbed some of the women in the house the wrong way before she had even stepped out into the backyard.

Sarah McDougal recognised Hannah from her group audition, calling her a "tryhard". The footage from the audition definitely showed Hannah stepping in front of Sarah to tell a story and become the centre of attention — so we understood her animosity.

But Talia Rycroft-Sommariva didn't have that same history with Hannah — the so-called Queen of the house, with Danel Gorringe as her King, decided on sight that she didn't like her new housemate.

She explained her reasoning as Hannah not trying to get to know her, and the severe misstep of Hannah guessing she might work as a "stripper", but it seemed like there was more to her mistrust. And we did see Hannah make an effort, that was quickly batted away by Talia . . .

Talia and Sarah together won the Elimination Challenge, giving them the power to nominate three contestants for eviction, and it took them no time at all to choose Hannah.

When Hannah explained before the housemates voted that "I just really want some more time with you," Sarah began to wonder if maybe she had judged Hannah too harshly and too quickly.

Marissa Rancan, when she too was put up for eviction, explained the situation to Hannah pretty clearly: Talia seemed to be threatened by another young woman coming into the house, and potentially claiming men's attention.

Related:
People Are Disappointed But Not Surprised That the First 3 Big Brother Evictees Are POC

It's such a common and unpleasant trope to watch play out — instead of women supporting each other in a strange environment, they're pitted against one another, fumbling for a man's approval. And it just doesn't need to happen.

Even the most titillating of the reality shows, Married at First Sight, features women coming together to look after one another during a trying experience, and every Bachie season ends with a group of young women having found true friendships.

Sure, this is a competition for money, and not love, but that doesn't mean it's not disappointing to see these outdated values, where we reduce ourselves to what we look like in the eyes of men, and automatically mistrust other women, play out on Big Brother. Even if it's pretty likely that feeling comes from a place of insecurity.

We're not the only ones who are tired of this kind of "mean girl" behaviour: