MTV's new reality show Jersey Shore has been courting controversy since its inception. The Real World-style setup features male and female cast members who proudly refer to themselves as "Guidos" and "Guidettes," which has angered advertisers and Italian-American groups in the US. 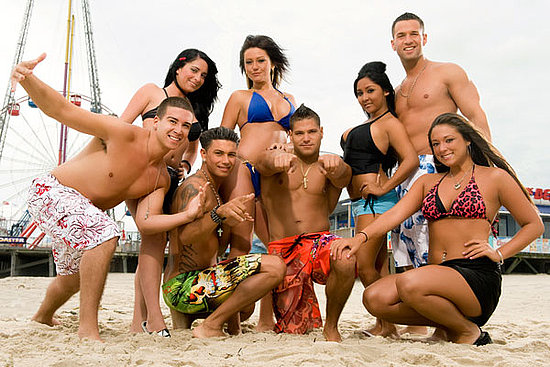 I watched the premiere and while I admit it's addictive, it feels like the worst kind of entertainment. Though I find the housemates annoying and stereotypical, it makes me feel weird that MTV is setting them up for the audience to laugh at them, not with them. Are you watching and loving Jersey Shore—or avoiding it?