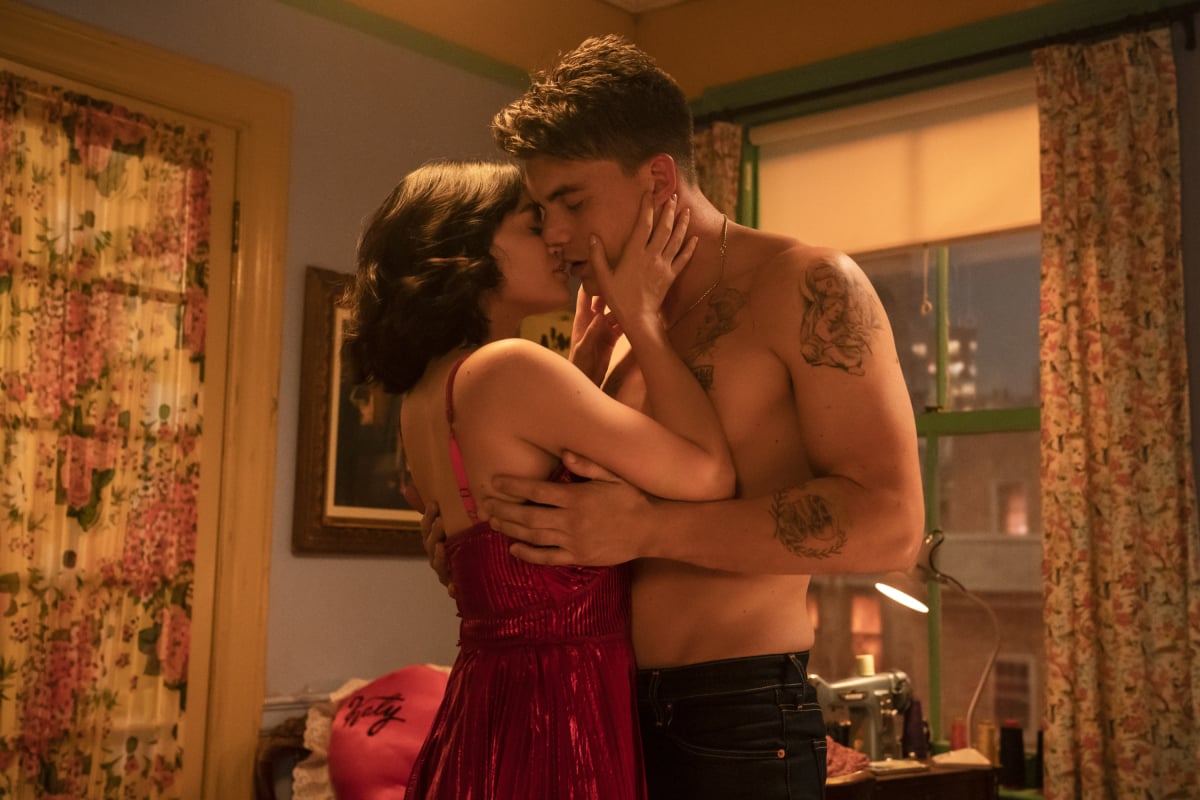 The CW's adaptation of Katy Keene might be in the same universe as Riverdale, but don't expect to see a lot of murder, cults, corpses, and teens with skeevy dark sides. Instead, you can expect singing, fashion designing, and a group of young adults chasing their dreams in New York City. The series, which premieres on Feb. 13, heavily focuses on four ambitious professionals: Katy Keene (Lucy Hale), who wants to be the next great fashion designer; Josie McCoy (Ashleigh Murray) who's determined to make it big as a singer; Jorge, aka Ginger Lopez (Jonny Beauchamp), who's ready to take the Broadway world by storm; and Pepper Smith (Julia Chan), who wants to open her own version of Andy Warhol's Factory. Another character viewers will likely come to love is Katy's boyfriend, K.O. Kelly — a bouncer, an aspiring boxer, and a truly adorable significant other.

"Everybody fits so well with their characters. We all had this joint energy. We knew we were doing something special, and it's continued to feel that way."

The actor behind the rough and tough K.O. with a heart of gold is Zane Holtz (From Dusk Till Dawn: The Series and Hunter Killer). As someone who grew up on the Archie comics, Holtz is especially ecstatic to help bring Katy Keene to life. "When I first heard about [the show], I saw that it was going to be a musical," he told POPSUGAR over the phone on Feb. 4. "I don't have a huge musical background, but I read the script, and the bulk of those musical elements come from Johnny and Ashleigh's characters. So I got to do the drama and comedy bits that I felt comfortable with and still be part of this world. I was happy. I saw a lot of myself in K.O. Kelly, so I was really excited."

It's hard not to root for Katy and K.O. when we're introduced to their romance in the first episode. They're not your average lovey-dovey pair whose affection feels forced and sudden — there's history. "It's that feeling of first love," Holtz explained. "They've been together since they were kids — you'll see some flashbacks in those first couple of episodes — and they've been there for each other through hardships and important life events." 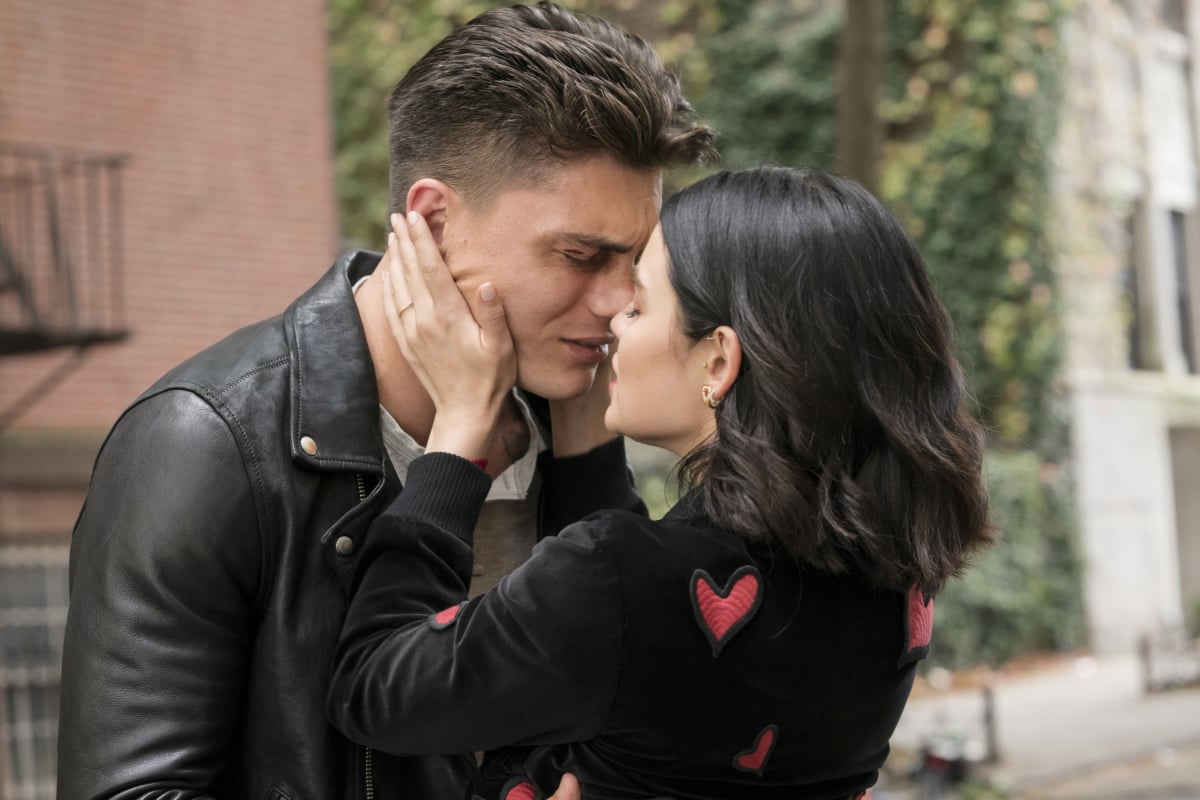 But since life is rarely a fairy tale, the pair will hit some obstacles along the way. "We see them at a crossroads in the first season where they love each other and they have this shared history, but they both still need to grow as adults," Holtz said. "Katy Keene is a show that's all about people chasing their dreams and following their passions. Everyone is trying to have these amazing careers in the arts and, for K.O., it's in sports. So they come to a place where it's like, 'What do we need to focus on right now?' Is it their careers or is it their personal lives? And can those two things be one in the same, or do they need to focus less on one thing in order for the other to happen?"

The storylines of all the characters and their hunger for success is something Holtz believes will resonate with anyone in the same boat, rowing in a stream of uncertainty. "That is something a lot of young adults have to deal with," he added. "It's like, 'What do I want to do with my life? Who do I want to spend it with?' Everybody goes through certain levels of hardship. The talent can be there, but it's still going to take time and effort and having the will to not give up on your passion and your dreams."

"Now, we get to come in and provide a new version of the Archie comics world, and to be a part of the history of those comics is a special experience."

That universal appeal also helped the cast gel together when they began working on the series. "The show, for all of us as a cast, was so emotional because we have all lived these stories in our own way," Holtz continued. "It's not necessarily the same careers that these people are chasing, but it's definitely the idea of having this dream, this journey that I'm going to go on. The destinations and the likelihood of my success are unclear, but I have to just go with it anyway and take that risk." And taking those risks can potentially lead you to a place where your triumph hits, Holtz added.

No doubt, starring on Katy Keene alongside an all-star cast has revealed itself as one of those places for Holtz. "When we were doing the pilot back in March, everyone was so excited because we're spinning off a show that's already successful, and everybody fits so well with their characters," he said. "We all had this joint energy. We knew we were doing something special, and it's continued to feel that way. We all sat together and saw the first couple cuts of the first episode. It was like, 'Oh, my gosh, this is what we get to share with the world.'" 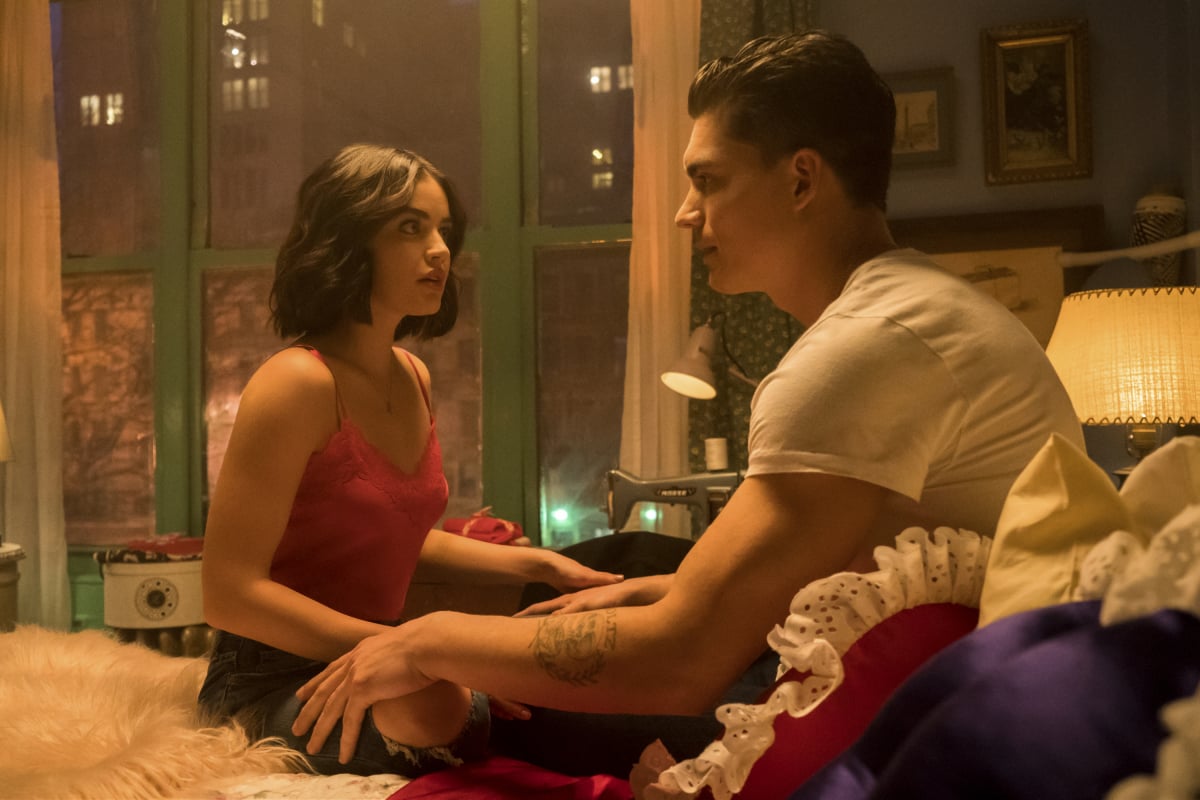 There's an added layer of anticipation, thanks to the very fervent Archieverse devotees. "It's so cool because you see how dedicated Riverdale's fan base is," he said. "Now, we get to come in and provide a new version of the Archie comics world, and to be a part of the history of those comics is a special experience. I think people are going to appreciate having these two different worlds that share a common thread."

Although we got to see the two shows coalesce when Veronica (Camila Mendes) and Katy united in the Big Apple on Riverdale this season, Holtz added that "there may be some unexpected visitors on Katy Keene throughout the season." And if K.O. were to make his way to the town of Riverdale, for whatever risky reason, Holtz believes there'd be one person the brawny character would certainly cross paths with. "I feel like he would box Archie," he said. "And we'd see them in a competitive situation where they're not supposed to like each other, but then they would end up being friends."

If Holtz's avidity for the show is any indication of what it's going to be like, we're all in for a treat. "I genuinely love this show," he enthused. "And I think other people are going to respond well to it. I'm so excited for the audience to see it."

Celebrity Interviews
Just Like Us, Sophie Turner Is Superexcited For Joe Jonas's Quibi Show: "I'm So Proud of Him"
by Kelsie Gibson 13 hours ago 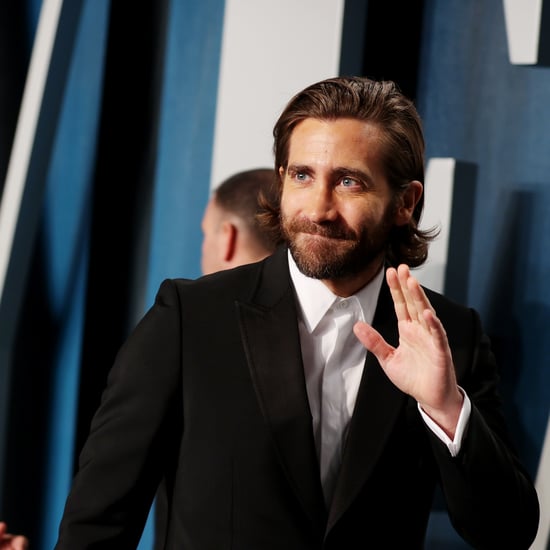 Celebrity Interviews
A Robe-Wearing, Wine-Sipping Chrissy Teigen Is Guaranteed to Make You Smile During This Ellen Interview
by Grayson Gilcrease 1 day ago

Celebrity Interviews
Justin Timberlake and Anna Kendrick Will Not Stand For Billie Eilish Slander: "She Is Great"
by Brea Cubit 6 days ago

Celebrity Interviews
Joshua Jackson on That Tighty-Whitie Scene in Little Fires: "Not a Lot Left to the Imagination!"
by Perri Konecky 1 week ago

Healthy Living
Is Hand Sanitiser as Good as Soap? And More Questions Answered by a Hand Washing Expert
by Samantha Brodsky 1 week ago
Latest Celebrity