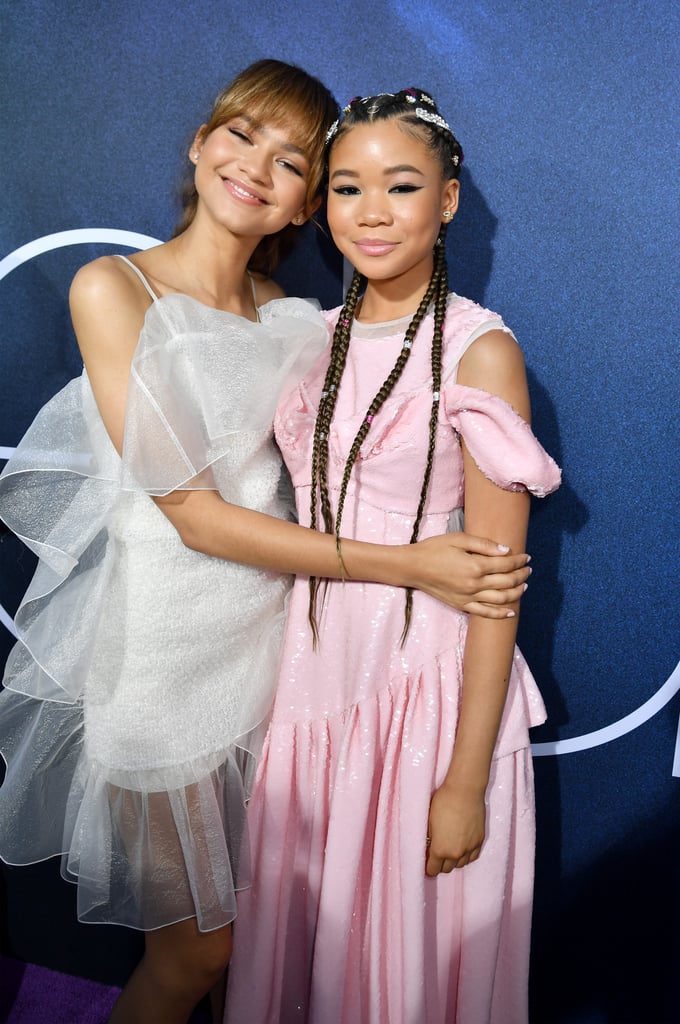 They may only play sisters on Euphoria, but if you've ever seen Zendaya and Storm Reid together off screen, you might think the two actresses were actually related. Their superclose IRL bond is what gives them such good onscreen chemistry, and basically every scene featuring Rue and Gia is guaranteed to make you ugly-cry. During an interview with Seth Meyers on Late Night in August, Storm revealed how she first met Zendaya as a 9-year-old fan in a California Ben & Jerry's who nervously approached the starlet for a picture. "I've admired her my entire life," Storm said of her onscreen big sis, and these pics of the stars together prove just how special their bond is.