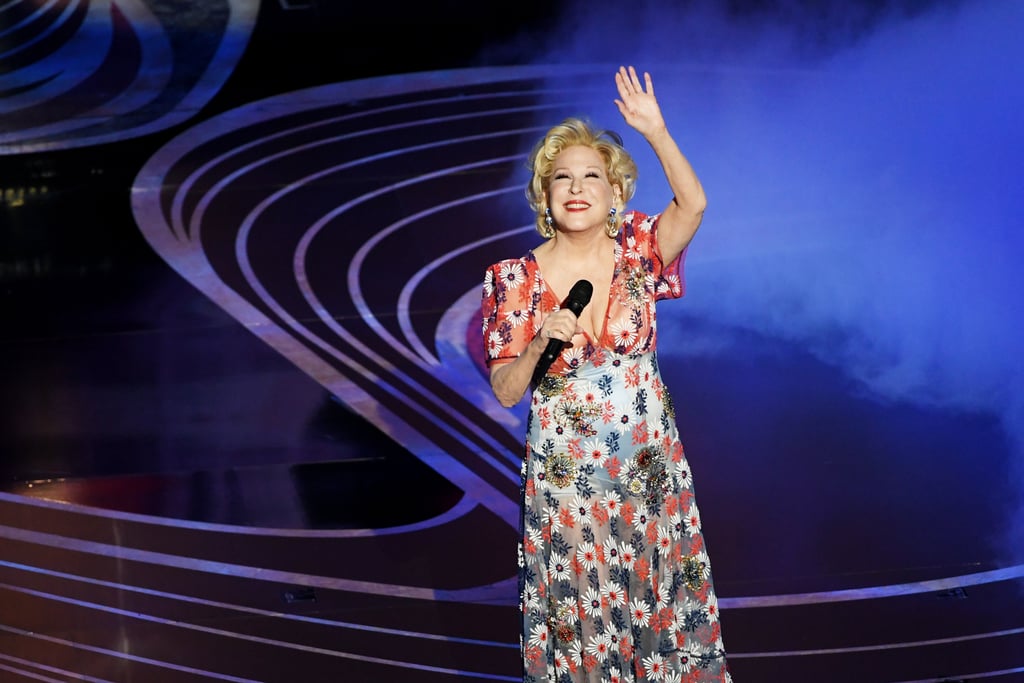 Bette Midler's return to the Oscars stage was a powerful one, and we expected nothing less. On Sunday night, the 73-year-old singer stepped out and delivered a remarkable rendition of the Mary Poppins Returns song "The Place Where Lost Things Go." Donning a glimmering colourful dress with floral details, she beautifully belted the number with her strong vocals as red floating umbrellas hovered over the stage — an apt nod to Mary Poppins. The tune was originally sung by Emily Blunt in the 2018 film.

Midler has previously graced the Oscars stage with her stunning voice. At the 2014 show, she performed her 1988 ballad "Wind Beneath My Wings." We're just glad she had the opportunity to bless us with yet another striking production at the Academy Awards ceremony. Ahead, watch her sing "The Place Where Lost Things Go" and view more photos of her set!

Related:
Presenting All of the 2019 Oscar Winners, So Far
Previous Next Start Slideshow
Join the conversation
TVMoviesMusicMary Poppins ReturnsBette MidlerOscars
More from POPSUGAR
From Our Partners
Related Posts

TV
Sad News: Pop Has Cancelled One Day at a Time After Its Fourth Season
by Monica Sisavat 12 hours ago

TV
Every Last Detail About Grace's Coats on The Undoing, Straight From the Costume Designer
by Victoria Messina 11 hours ago

Music
The Theories Were Right: Taylor Swift Is Dropping a Folklore Concert Film
by Kelsie Gibson 14 hours ago

Award Season
The Weeknd Wasn't Nominated For a Single Grammy, and I Need Answers
by Monica Sisavat 14 hours ago
Latest Entertainment