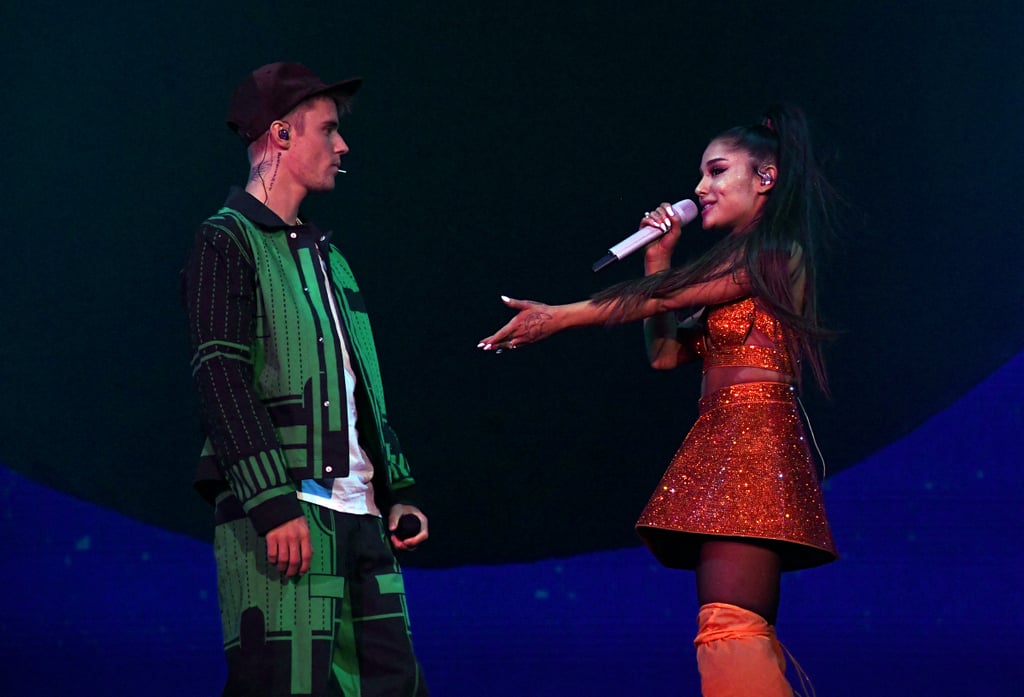 It's safe to say Ariana Grande made Coachella her b*tch this year. As the youngest artist to ever headline the music festival, the 25-year-old singer delighted weekend one attendees by teaming up with *NSYNC for a nostalgic performance — but the surprise cameos didn't stop there. During the California festival's second weekend, Grande brought out Justin Bieber to sing his 2015 hit "Sorry," thus proving that the song does, indeed, still slap.

Seeing as the performance marked Bieber's first onstage appearance in two years, fans were pretty ecstatic to see him (and his new haircut) getting back into his groove. I don't know about you, but we're ready for a Bieber comeback, y'all. Watch a clip from his Coachella performance ahead, and you'll definitely spend the rest of the week jamming to his old hits on repeat.

Related:
75 Photos For Anyone on the Fence About Buying Tickets to Ariana Grande's Sweetener Tour
Previous Next Start Slideshow
Join the conversation
MusicAriana GrandeCoachellaJustin Bieber
More from POPSUGAR
From Our Partners
Related Posts

Music
If You Need Us, We'll Be Here Watching This Endless Mashup of Billie Eilish's "Bad Guy"
by Yerin Kim 2 days ago
Latest Entertainment