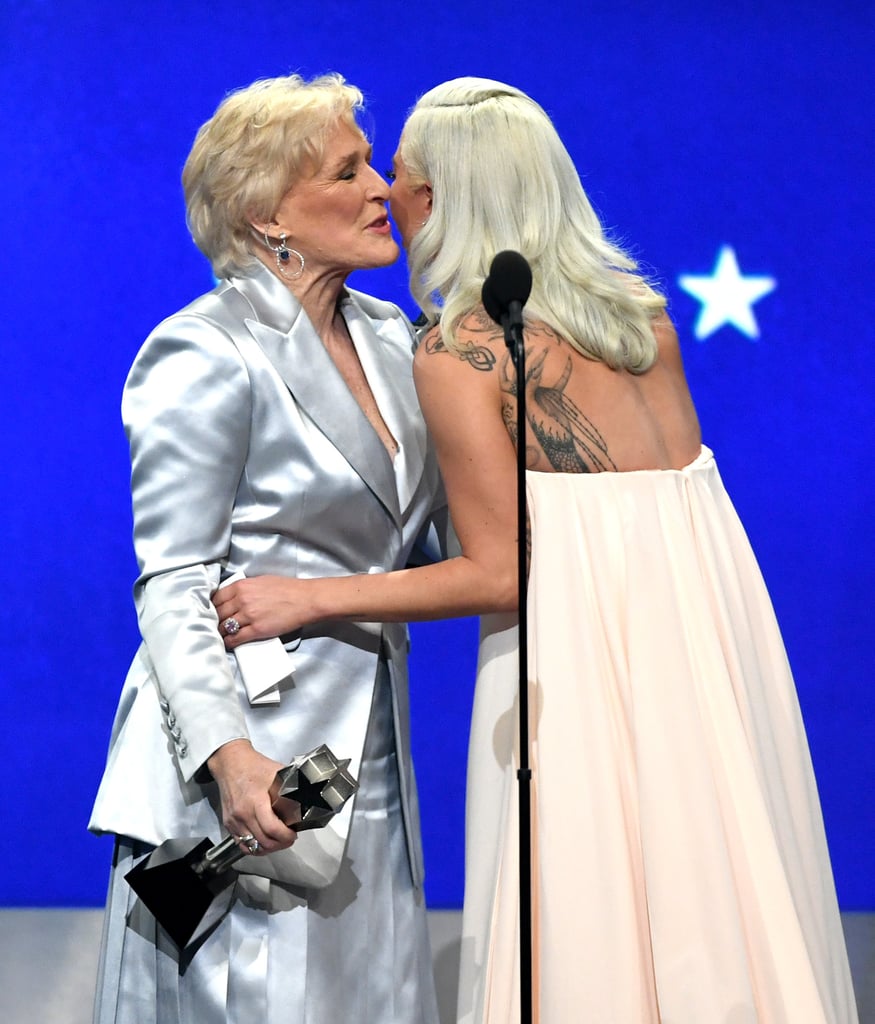 The Critics' Choice Awards was full of interesting twists and turns on Sunday night. After Amy Adams and Patricia Arquette both took home best actress in a movie made for TV or limited series, there was yet another tie for best actress. Glenn Close took home the award for The Wife, while Lady Gaga was awarded for her performance in A Star Is Born. Both of the actresses gave incredibly moving speeches, with Close thanking her daughter Annie Starke, who played a younger version of her character in the film, and Gaga thanking her costar Bradley Cooper. As if their speeches weren't enough to make us burst into tears, the two shared a sweet moment as they embraced and walked off the stage together.