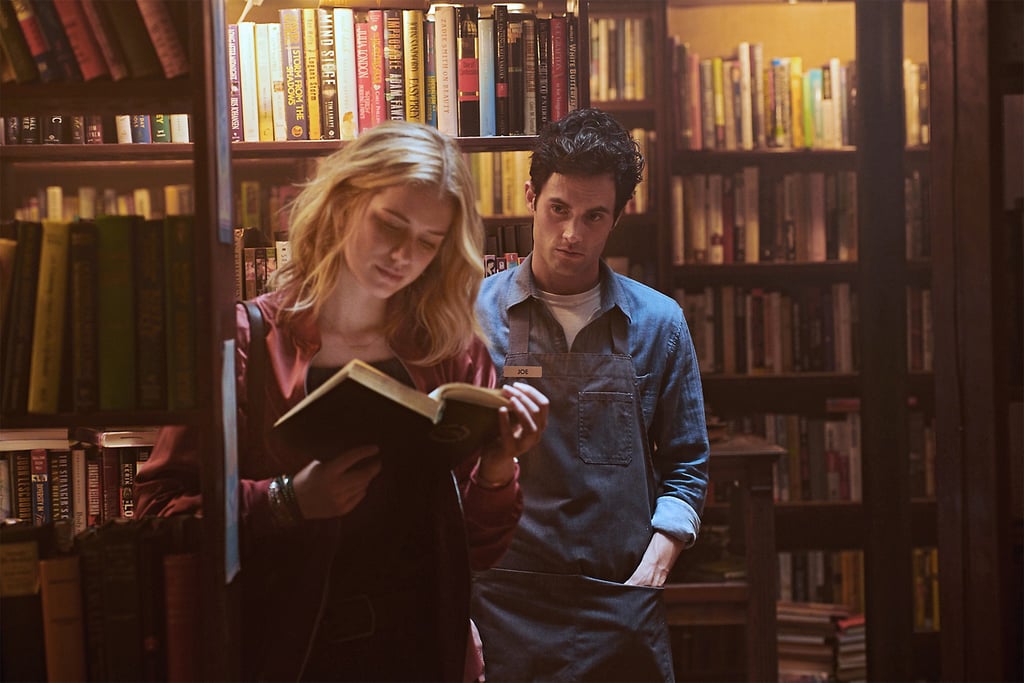 I Live Around the Corner From the Bookstore in Netflix's You, and It's Fine, I'm Fine

I was only a few minutes into the first episode of You — the Netflix series that launched a million memes and ended just as many quests for love — when my husband said, "Wait, is that . . . ?" A street view of our neighbourhood? The bookstore just a block from our apartment? A vision that will haunt me for the rest of my days? Spoiler: it's all of that, and I kind of, maybe, sort of no longer feel safe in my own home.

In real life, the charming shop where Penn Badgley's Joe first meets and becomes obsessed with Beck is Logos Bookstore, a lovely little place in the Manhattan neighbourhood of Yorkville, where much of the series takes place. Here, you're more likely to be greeted by one of the store's two shop cats than an oddly attractive sociopath. In fact, while both the facade and front interior of the store were filmed for the show, a clerk was quick to explain that the infamous basement doesn't actually exist. (And just like that, "not the scene of an actual crime" topped my list of Logos' greatest attributes.)

Still, I'm not mad that Joe will reportedly move to LA for season two. As Peach would say, I don't need this kind of energy in my healing space. But before we ship him off for good, let's take a tour of his old stomping grounds, shall we? To be clear, that was rhetorical. I refuse to be alone in this.

Related:
One of the Major Filming Locations of Netflix's You Is a Subway Ride Away For New Yorkers
Previous Next Start Slideshow
Join the conversation
YouNetflix
More from POPSUGAR
From Our Partners
Related Posts

The Crown
When the Crown Cameras Stopped Rolling, the Season 4 Cast Let Their Silly Sides Show
by Karenna Meredith 23 hours ago