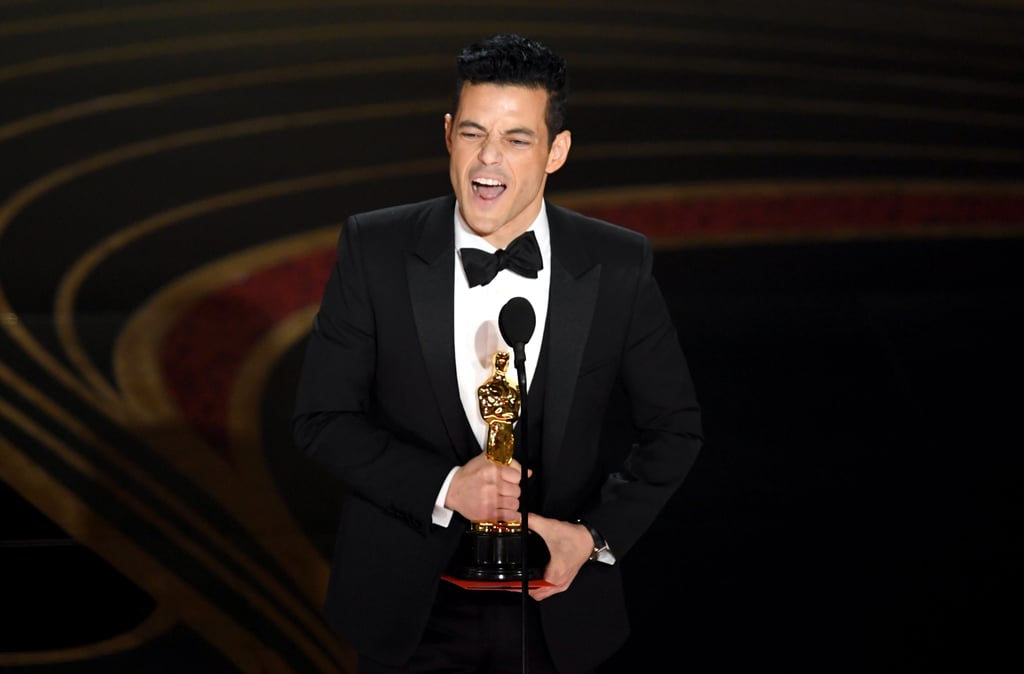 After sweeping through award season on a wave of acclaim, Rami Malek is now officially an Oscar winner! The Bohemian Rhapsody star took home the Oscar on Sunday night for best actor in a leading role, and his acceptance speech touched on the people important to him as much as to the incredible true-life inspirations behind the movie.

"My mom is somewhere here . . . I love you, lady! My family, thank you for all of this. You know, my dad didn't get to see me do any of this, but I think he's looking down on this right now," he began, also paying tribute to his Egyptian heritage and his status as a first-generation American.

"I may not have been the obvious choice, but I guess it worked out," he joked. He also thanked the band Queen, who were sitting in the audience nearby after performing earlier on the broadcast, for welcoming him into their "phenomenal, extraordinary legacy," and called his cast his "equals [and] betters," singling out costar and girlfriend Lucy Boynton as "the heart of this film . . . [and] you have captured my heart." Later, Malek talked about his younger self and how extraordinary all this seems.

"That kid, he was struggling with his identity, trying to figure himself out. And I think, to anyone struggling with theirs and trying to discover their voice, listen: we made a film about a gay man, an immigrant, who lived his life just unapologetically himself, and the fact that I'm celebrating him and this story with you tonight is proof that we're longing for stories like this." Watch the full speech ahead!

TV
Kirby Jenner Is the Kardashians' "Best-Kept Secret," and We Finally Got a Peek of His Show
by Karenna Meredith 6 hours ago

Celebrity Interviews
The Great: Sebastian de Souza on How Leo and Catherine "Turned the Male Gaze on Its Head"
by Brea Cubit 6 hours ago 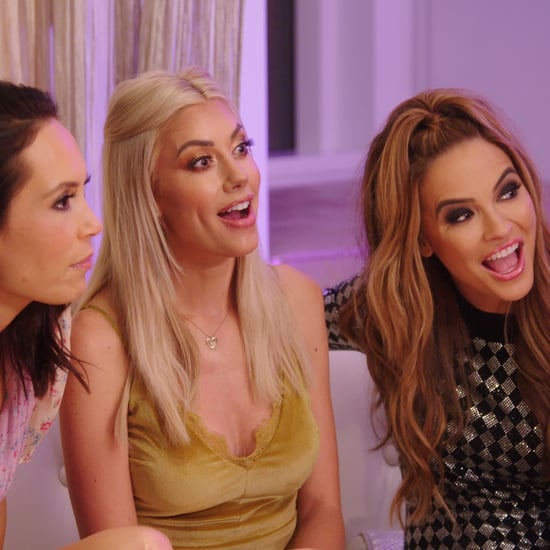 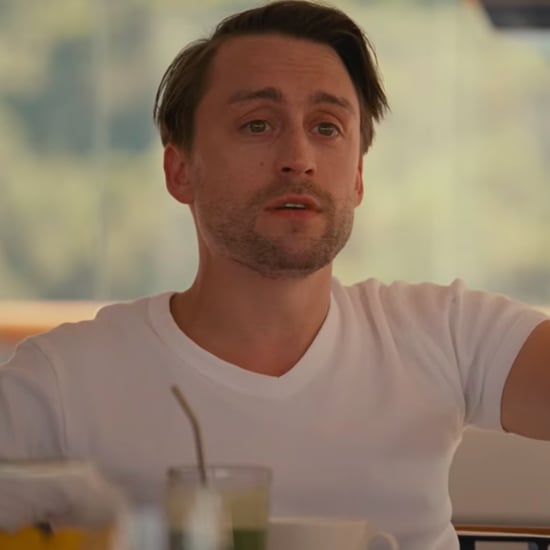 TV
In Case You're Wondering, Here's How Old the Blood & Water Cast Is
by Monica Sisavat 3 days ago
Latest Entertainment