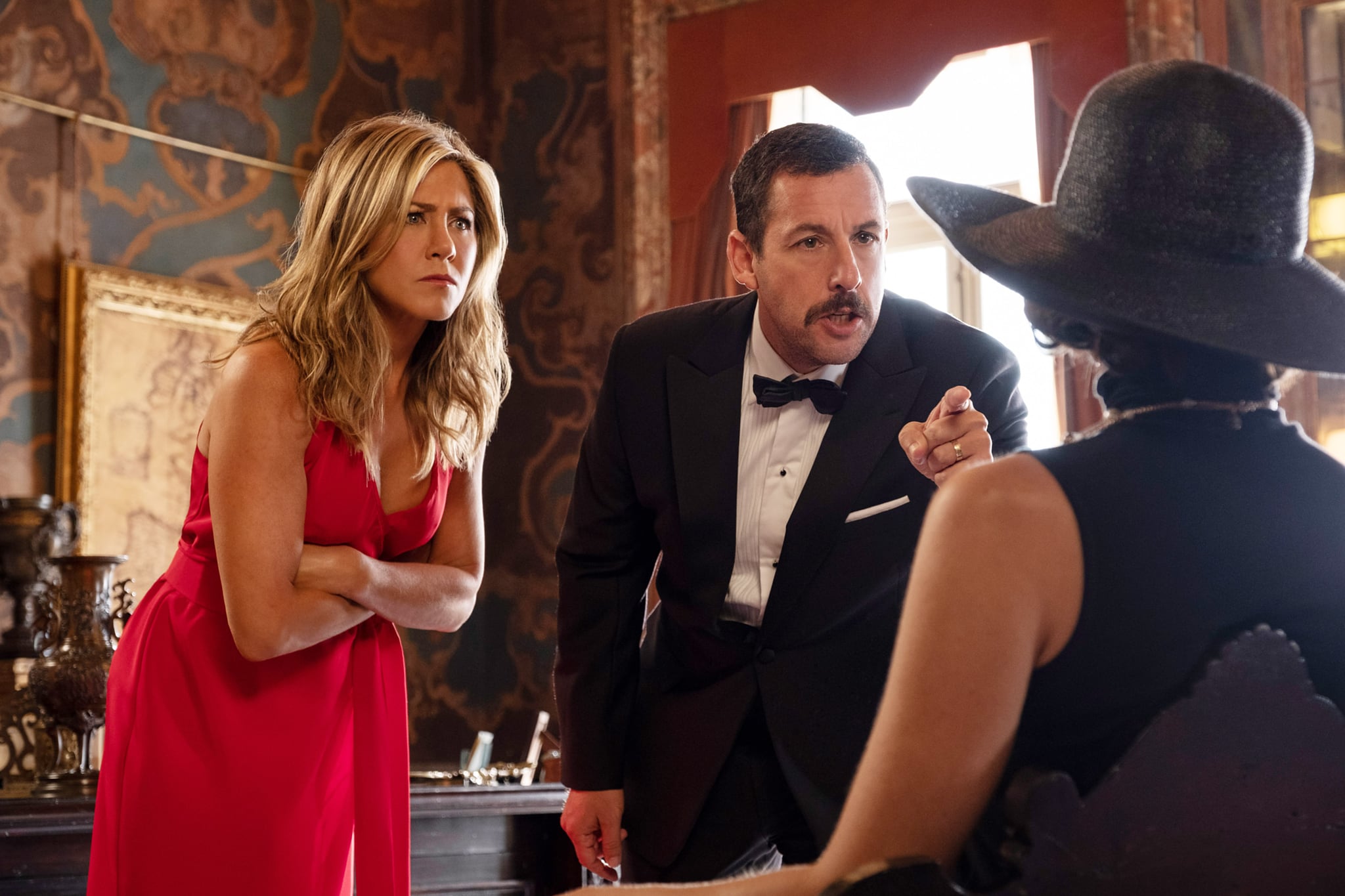 In Netflix's new Summer movie Murder Mystery, Jennifer Aniston and Adam Sandler star as Audrey and Nick, a couple who have lost their spark. While there's been no announcement of a sequel yet, we're certainly hoping to get one. After all, Netflix is a treasure trove (or seedy underworld?) for true crime (see The Staircase, The Keepers, and that creepy Ted Bundy docuseries) — and this fits right in, right? Truly for the most part, the streaming service hasn't ventured that far into whodunit movies, especially ones with goofy slants, like Murder Mystery. This makes it a refreshing foray into the genre. The easy breezy flick might just be what you had in mind when you think of a fun Netflix movie. So it certainly wouldn't hurt to see more of it.

In the age of reboots and sequels, a second installation of Murder Mystery really isn't necessary. The movie ends with a few fun, open-ended questions, but leaves nothing terribly consequential unanswered. The lighthearted romp wraps up neatly with Audrey and Nick cornering Grace and Juan Carlos. Detective Delacroix seems impressed with the couple's teamwork and promises to put in a word for Nick to become a full-fledged detective (as he had failed the shooting portion of his exam).

If there is a sequel, we might see Nick finally getting his official credentials. The very last scene of the movie also leaves the door wide open for a follow-up. Finally getting the romantic holiday they had in mind, the couple uncannily boards onto a train called the Orient Express, which is a nod to Murder on the Orient Express, Agatha Christie's iconic mystery novel. Sure, this might merely be a cheeky allusion, but it could also be a lead-in for a sequel. Perhaps Nick and Audrey will solve a murder on the train with a few gags along the way.

Then there are the more practical production matters of reception and availability. Murder Mystery has a middling, but not downright terrible score of 39 percent on Rotten Tomatoes. Sandler and Aniston also don't have too many projects publicly announced at the moment, which may mean they could squeeze in a sequel if streaming numbers and budget allow. In the meanwhile, we can just assume that Nick and Audrey are still solving murder cases together in lieu of traditional dates.