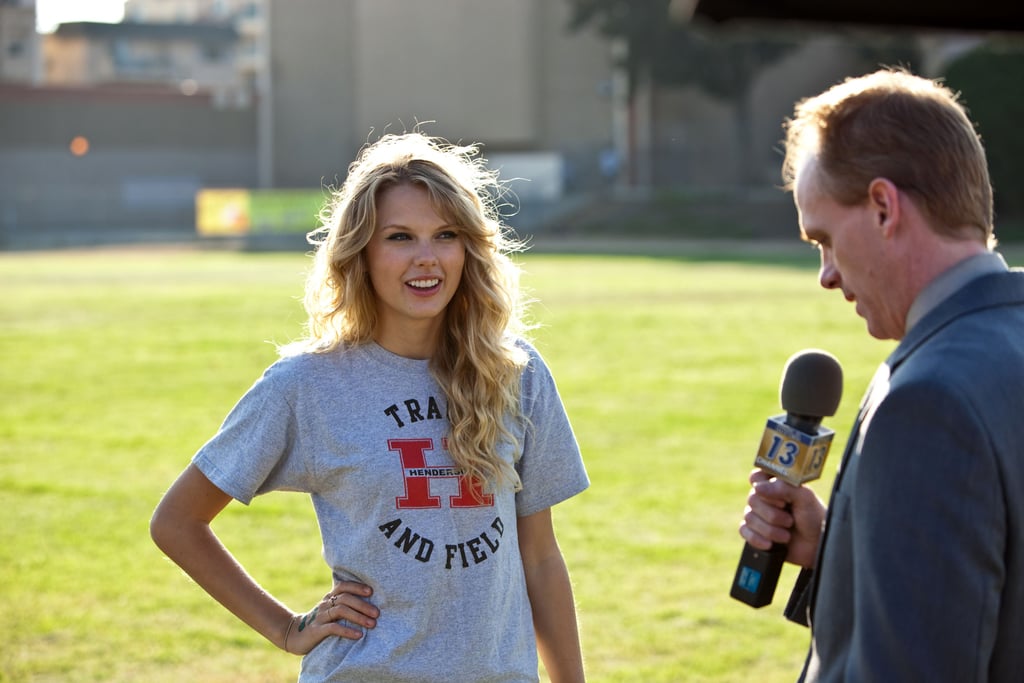 Swifties, we have some purr-fect news for you! Taylor Swift, international pop star and well-documented feline lover, will be playing the one and only Bombalurina in the live-action film adaptation of Cats. Though this is indeed exciting news, it isn't the singer's first time on set. We all know that her English boyfriend Joe Alwyn is an actor, but Taylor has had a reputation on big and small screens over the years. And no, we're not talking about her highly elaborate and beautiful music videos (though those are fun and worth checking out as well). From a dark and grisly cameo on CSI: Crime Scene Investigation to a fun and frothy support role in Valentine's Day, here are all of Swift's acting gigs that every true fan should know.

TV
Every Last Detail About Grace's Coats on The Undoing, Straight From the Costume Designer
by Victoria Messina 8 hours ago