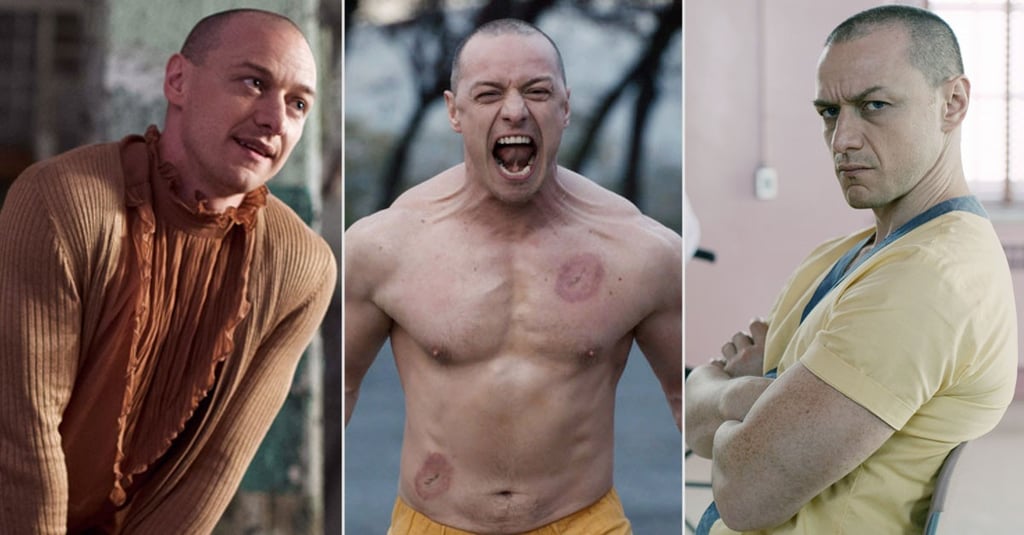 The Beast, Patricia, Hedwig, and More: Your Guide to All 24 of Kevin's Identities in Glass

M. Night Shyamalan has created quite a cast of characters to populate his Eastrail 177 Trilogy — Unbreakable, Split, and now Glass — but few are as interesting as Kevin Wendell Crumb.

The character, played with aplomb by Atomic Blonde's James McAvoy, suffers from dissociative identity disorder, with 24 individual personalities living within his psyche. McAvoy's performance in Split as Kevin Wendell Crumb is astounding, adding depth and layers to many of the personalities we meet and playing them so distinctively that he all but disappears into each of the new voices. In Glass, the film brings together the characters of Split and Unbreakable, and the 39-year-old Scottish actor ends up with an even greater task at hand because of his surroundings. Just be warned: spoilers for Glass to follow from this point on!

Most of the film takes place within the walls of a psychiatric facility, where Kevin, David Dunn (Bruce Willis), and Mr. Glass (Samuel L. Jackson) are being held by the mysterious, devious psychologist Dr. Ellie Staple (Sarah Paulson). She spends countless hours attempting to convince the three that they don't actually have superhuman abilities, coming up with excuses for everything they're able to do in an attempt to prove they're suffering from delusions. She uses all of their "weaknesses" against them to keep them in check — spraying David with water, drugging Mr. Glass to keep his mind hazy — and uses a bright flashing light to trigger Kevin to cycle to a different, less dangerous personality.

This means McAvoy switches between more and more personalities than he does in the previous film, resulting in a better portrait of "The Horde" (what Kevin's personalities collectively call themselves) than ever before. To help you keep them all apart, we're breaking down Kevin's many varied personalities ahead.

Related:
Glass: A Spoiler-Free Answer to Whether You Should Wait For a Postcredits Scene
Previous Next Start Slideshow
Join the conversation
MoviesGlassJames McAvoy
More from POPSUGAR
From Our Partners
Related Posts

Movies
Overboard Is 1 of My Favourite Movies, but Dean Should Have Gone to Jail For a Very Long Time
by Caitlin Gallagher 15 hours ago

Movies
How Much of Netflix's Mank Is a True Story? Here's the Deal
by Stacey Nguyen 17 hours ago

Movies
If You've Seen Happiest Season, You Know Who the Real Hero Is: Jane
by Maggie Panos 5 hours ago