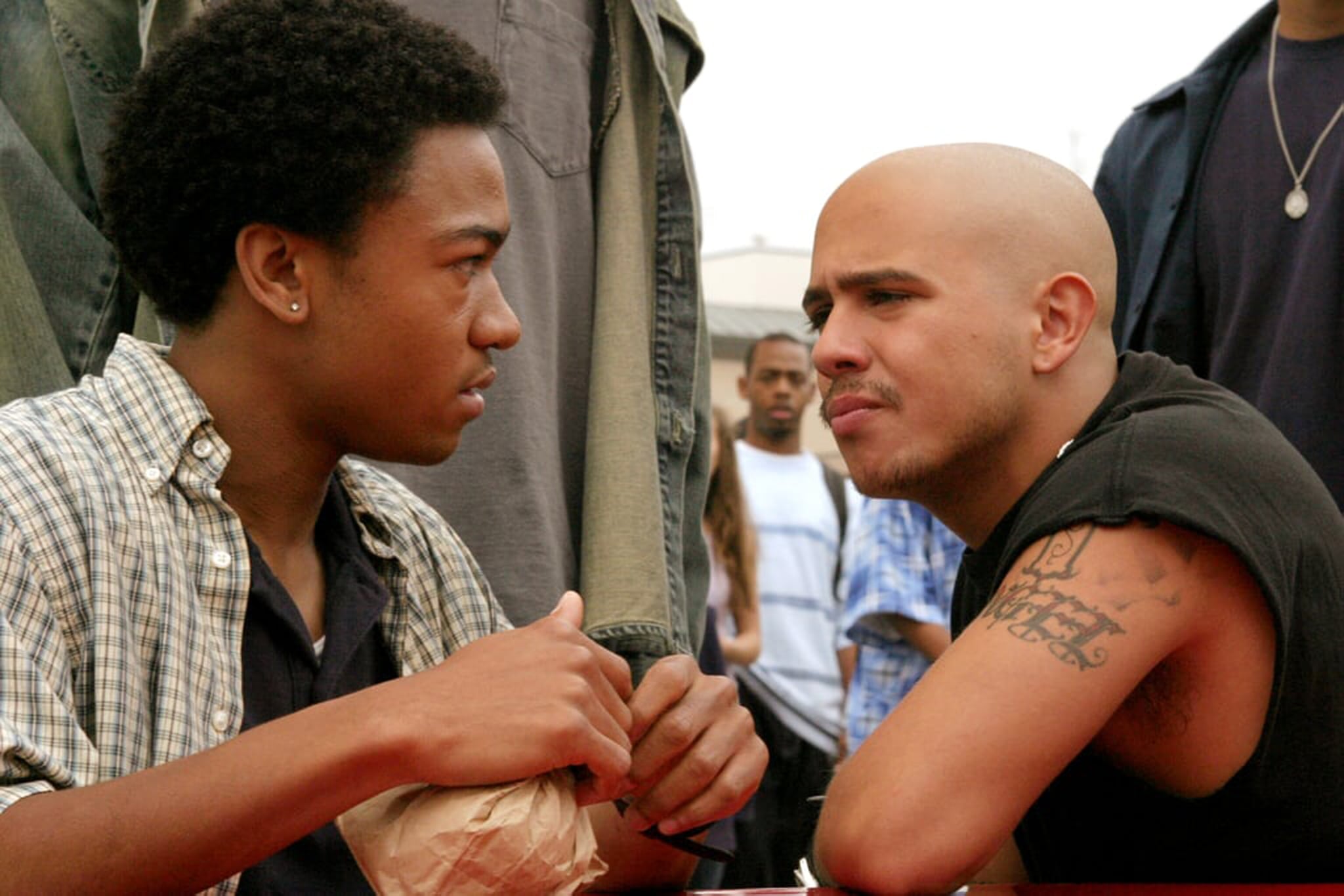 Warning: Spoilers ahead for Veronica Mars!

The tension between Weevil and the titular heroine of Veronica Mars is palpable in the series' fourth season, to say the very least. Easily one of the most nuanced characters on the soapy noir dramedy, Eli "Weevil" Navarro started the series as a minor antagonist only to become one of Veronica's strongest allies. Still, V's been hostile towards him lately, especially as he returns to his life of crime amidst the Neptune bombings. Yet the emotional fracture between these two has gone on for way longer than the events of season four Hulu reboot. To truly understand Weevil's role in the revival, we need to understand his arc between the 2014 movie and the canonical book Mr. Kiss and Tell.

Weevil started off as a leader of Neptune's PCH gang, eventually retiring this life after finding work in season three and starting a family in the movie. In the film, he gets shot by Celeste Kane when he tries to help her during a biker gang attack. His good deed gets twisted, as the sheriff department later plants a gun on Weevil so that Celeste could claim self-defence.

The movie's ending suggests that Weevil rejoins PCH, and in Mr. Kiss and Tell, he settles a countersuit against the sheriff's department, even though Keith Mars had been building up a case for Weevil. Suffice to say, the settlement drives a wedge between Weevil and Veronica. During this time, Weevil's wife Jade also leaves with their daughter when he returns to PCH, which Veronica mentions when she accuses him of joining cahoots with Richard "Big Dick" Casablancas. When Veronica demonizes Weevil, he tells her that he has to take care of his family and implies that she needs to check her privilege.

So what's Weevil's deal with Papa Casablancas? Weevil's gang has been working with Big Dick's associate Clyde to drive up crime — vandalism and muggings — in Neptune. Weevil doesn't know anything about the bomb, as it was Big Dick who had set up the first bomb with Perry Walsh's help so that local businesses would sell their properties to him. Clyde, planning to con Big Dick ever since his prison days, sanctioned the second one, which resulted in Perry's death.

Weevil's not on his best terms with Veronica, but he definitely still cares about her. He saves her from Juan Diego's crew earlier in the season, then later helps her and Keith when Alonzo goes after her for meddling around at his place. Still, it doesn't look like Weevil and Veronica ever truly restored their friendship. Fingers crossed that a future season could see them making amends with one another — Veronica could use a friend or two on her side after that tragic finale.