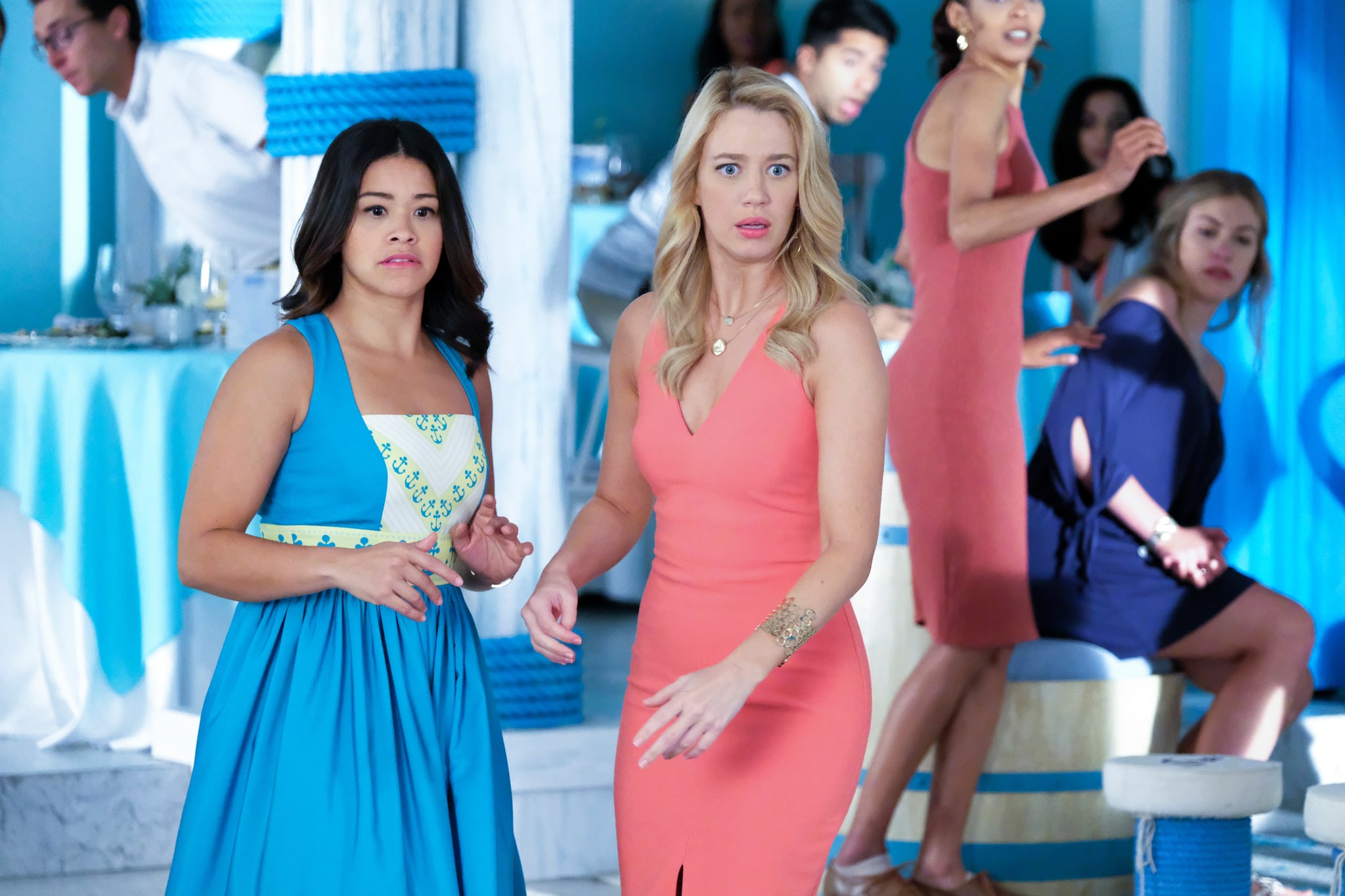 After five seasons and countless twists, Jane the Virgin is turning its final pages, and the fifth and final season should be dropping on Netflix in early August. The telenovela-inspired comedy has only a few episodes left before closing the book on Jane and her family, which means it only has a couple of weeks left before it shows up on Netflix. Unlike other shows that have a large gap between airing on regular TV and streaming on Netflix, Jane the Virgin has a pretty small lag time.

Like other shows involved in the partnership between The CW and Netflix, each season of Jane the Virgin arrives on Netflix exactly eight days after the airing of its season finale — or, in this case, the series finale. The series finale, which consists of a two-part episode of "Chapter Ninety-Nine" and "Chapter One Hundred" airing back to back, is scheduled for Wednesday, July 31. As long as the usual CW-to-Netflix pattern holds, this should mean all of season five will be available on Netflix on Thursday, Aug. 8.

In a lot of cases, international audiences have to wait longer for American shows and movies to arrive on Netflix, due to restrictions in different regions. Jane the Virgin, however, is not one of those cases. In fact, they'll actually be getting the completed season five before American Netflix subscribers do: according to Radio Times, episodes of Jane the Virgin appear on Netflix in the UK the morning after they air on The CW in the US. That means all the episodes of season five so far are already available, whereas US subscribers have to wait for the full season to drop, and UK subscribers will get the series finale a full week earlier than those in the US. Wherever you live, though, you'll still have only a few days to wait for the final season of Jane the Virgin to arrive on Netflix!

TV
WandaVision: Yes, Teyonah Parris Is Playing Monica Rambeau, and Here's What It Means
by Mekishana Pierre 16 hours ago

The Playbook
The Playbook: What Happened Between Jose Mourinho and Anders Frisk?
by Jenny Sugar 16 hours ago

Music
Kelly Clarkson Covered Lizzo's "Good as Hell," and Yep, It's Exactly What the Title Suggests
by Kelsie Gibson 18 hours ago
Latest Entertainment