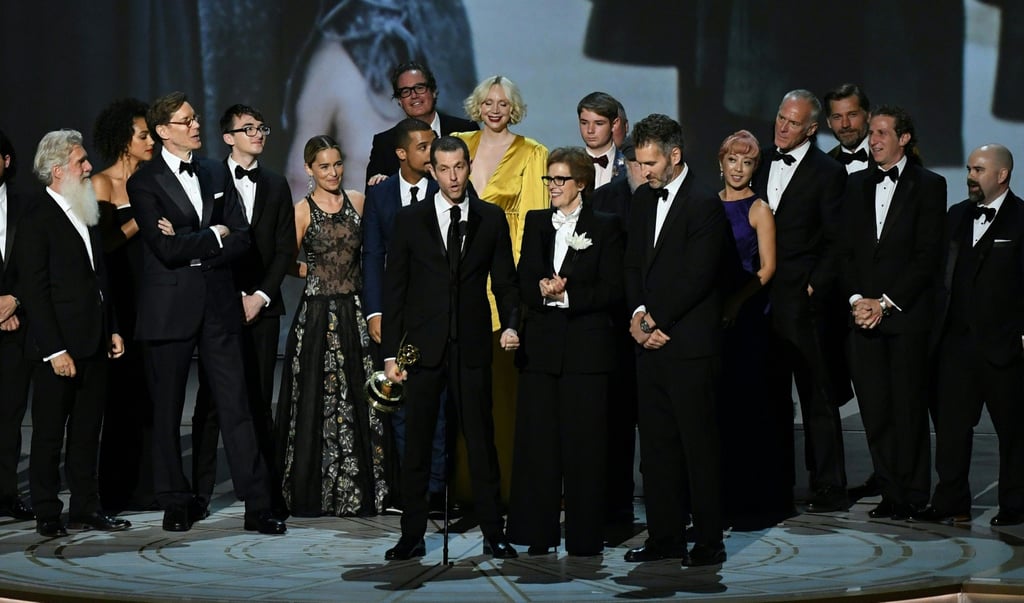 It's No Iron Throne, but the Game of Thrones Cast Just Took Home an Emmy!

Everybody loves a good drama series and there's no doubt that Game of Thrones always brings the right stuff. From an evil Night King to a mad queen who we all love to hate, the show knows how dial the intensity to 11 and keep us coming for more. So it's no surprise the fantasy drama won the 2018 Emmy for outstanding drama series. Show creators D. B. Weiss and David Benioff were joined onstage by cast members Gwendoline Christie, Nikolaj Coster-Walda, Emilia Clarke, and Kit Harington. Peter Dinklage and A Song of Ice and Fire author George R. R. Martin were also on stage, with the former having won an Emmy earlier that night for his role as Tyrion on the show. Check out Weiss's speech thanking the cast and crew for the Emmy win because, as he says, "The show is only as good as the people who make it."

Celebrity Interviews
According to Issa Rae, Insecure Season 5 Will Be All About "Grounding and Rooting Oneself"
by Monica Sisavat 2 days ago
Latest Entertainment