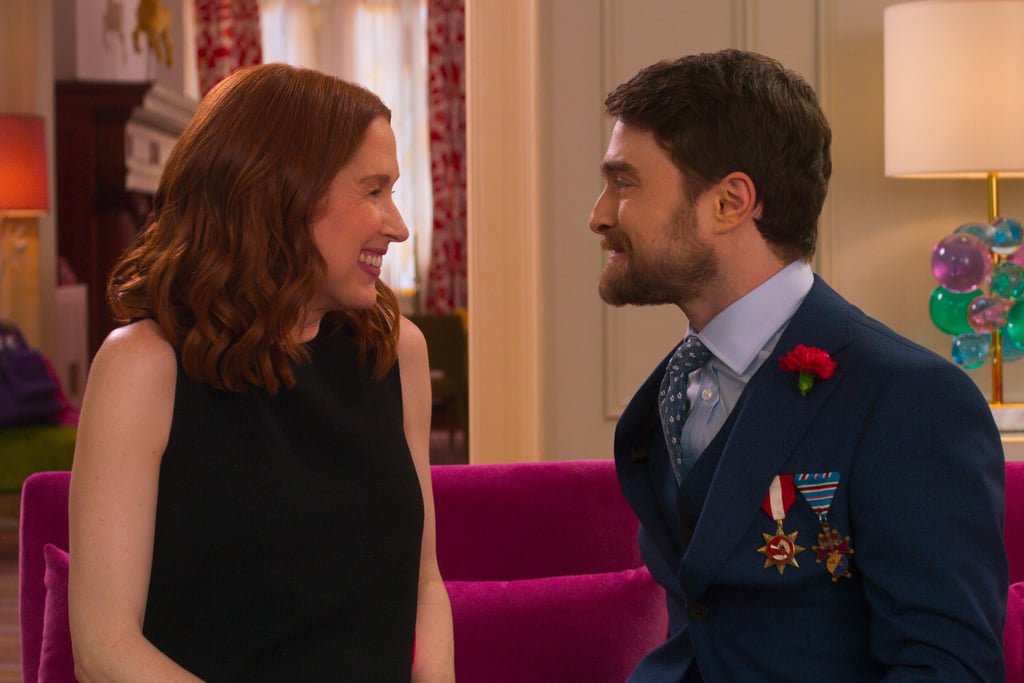 The Unbreakable Kimmy Schmidt Special Has Several Cameos, but They're Based on Your Choices

Unbreakable Kimmy Schmidt has included a handful of memorable celebrity cameos over the past four seasons, and the interactive special is no different. Not only does Daniel Radcliffe star as Kimmy's charming and slightly eccentric fiancé, but there are also appearances from several Saturday Night Live alums and notable comedians. Of course, seeing that the show is helmed by Tina Fey, that shouldn't come as a surprise. While there are plenty of guest stars on the special, it all depends on the choices you make. For instance, I watched the special all the way through and didn't catch Josh Groban's quick cameo until I watched it again and made different choices. If you're curious to know which stars you might have missed, read the full list of cameos ahead.