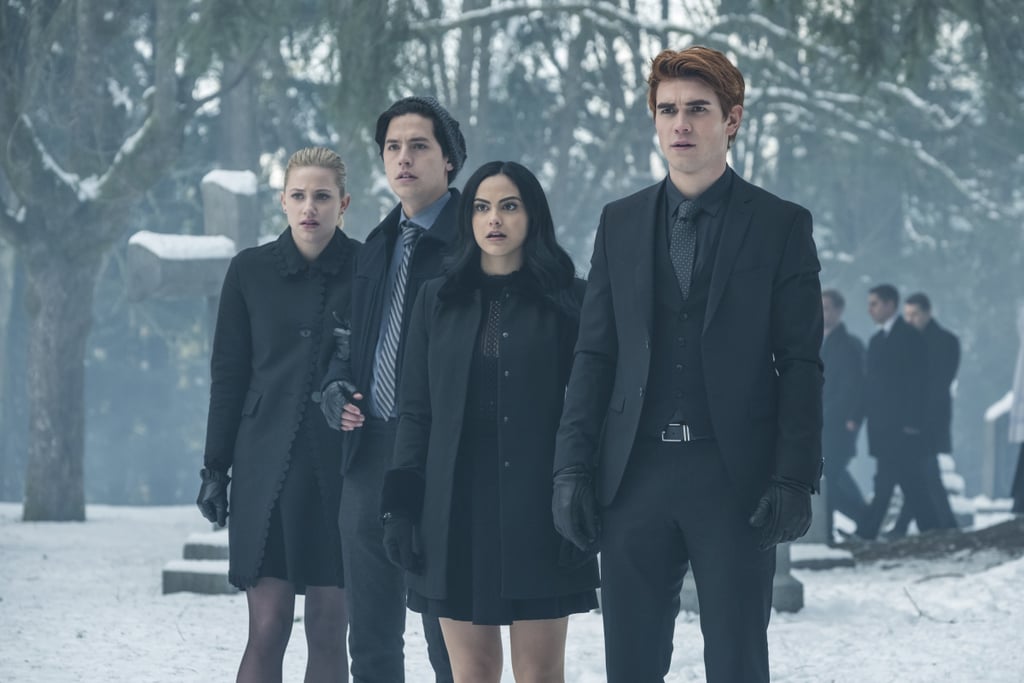 28 Times Riverdale Got So Weird and Wild, It Felt Like You Were on Jingle Jangle

Remember when Riverdale's first season premiered, and we thought it was so crazy? Then season two came along, and we figured the show couldn't get any more wild. But season three was like, "Hold my fizzle rocks — you're about to be taken to a whole new level of insane." Yeah, it's been a loony past few seasons, and it seems like every instalment ups the ante. We went from trying to figure out Jason Blossom's murder to watching someone dressed up in branches convince children to kill people and/or commit suicide. Oh, and we've also been introduced to a farm cult that makes babies levitate over a fire.

Evidently, Riverdale has spent every season serving us a hot plate of "WTF?" and we're fully expecting season four to have just as many twists and turns. But before we start speculating too much about the upcoming chapter, let's take a walk down memory lane and revisit some of the show's craziest moments thus far.

Related:
8 Shows You Should Watch If You're Obsessed With Riverdale
Previous Next Start Slideshow
Join the conversation
TVCWRiverdale
More from POPSUGAR
From Our Partners
Related Posts

TV
Saved by the Bell: Stan Is Officially Bringing Us Back to Bayside High in November
by Mekishana Pierre 7 hours ago

TV
The Masked Singer USA: Meet All the Characters For Season 4
by Kelsie Gibson 10 hours ago

TV
The Masked Singer: Breaking Down All Our Theories About Who Are Behind the Masks
by Kelsie Gibson 10 hours ago

TV
The Crown Finally Releases Photos of Emma Corrin as Princess Diana, and the Resemblance Is Uncanny
by Tori Crowther 11 hours ago

TV
The Vow: Everything We Know About Pam Cafritz's Life and Mysterious Death
by Stacey Nguyen 1 day ago
Latest Entertainment