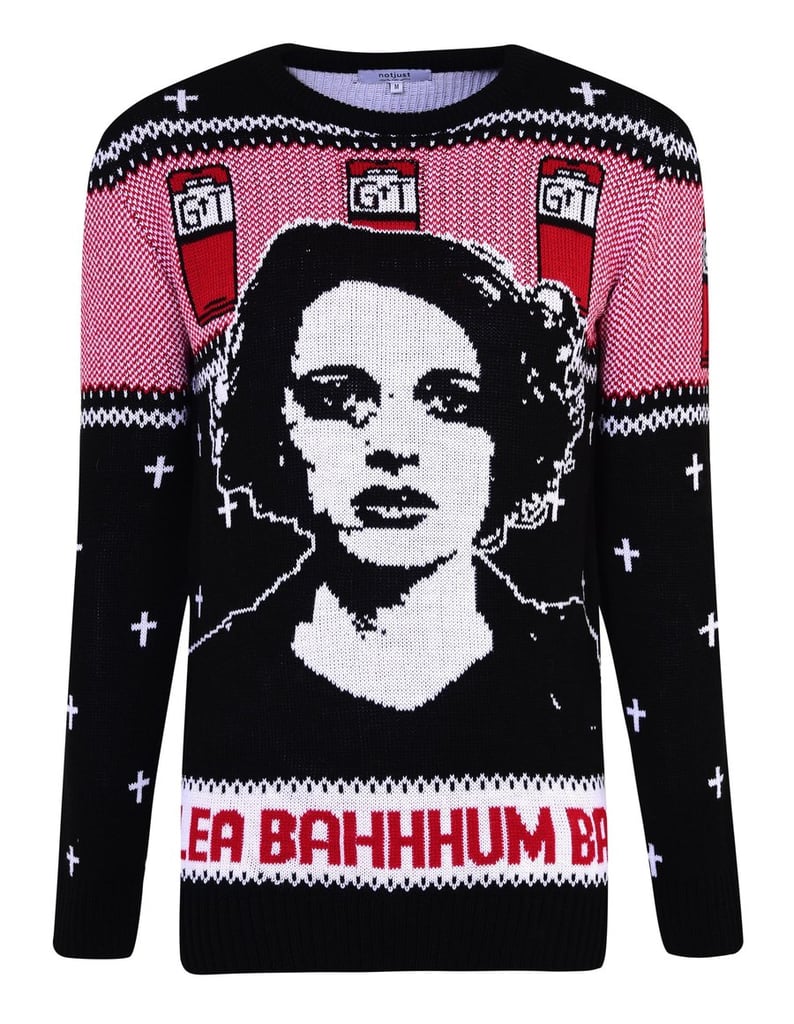 Fleabag was one of the most-talked-about comedies of 2019, and despite the show not coming back for a third season, the hilarious-but-flawed titular character played by Phoebe Waller-Bridge is still a phenomenon, and now you can rep her at your next holiday party.

UK-based brand Notjust recently released its first American Apparel collection that pays homage to some of the biggest sensations to rise to fame within the last year like Lizzo, Alexandria Ocasio-Cortez, Megan Rapinoe, and even White Claw. Fleabag's sweater features a red, black, and white portrait of the character on the front surrounded by G&T cans. On the back is an illustration of the red fox seen in the last episode of the series, with the phrase "Flea Bahhhum Bag" stitched across the bottom.

According to a release, all of the sweaters in the collection are produced in ethical working conditions to tackle sweatshop labour, and all customers will be able to donate 10 percent of their purchases to one of six charities, including Equality Now, Save the Children, refugee support group Kicking Off, and Athlete Ally.

The Fleabug ugly holiday sweater is now available online in sizes XS-XXL, and it'll set you back about $65. Read ahead to get a look it from the front and back,nd then head over to notjustclothing.com to shop.