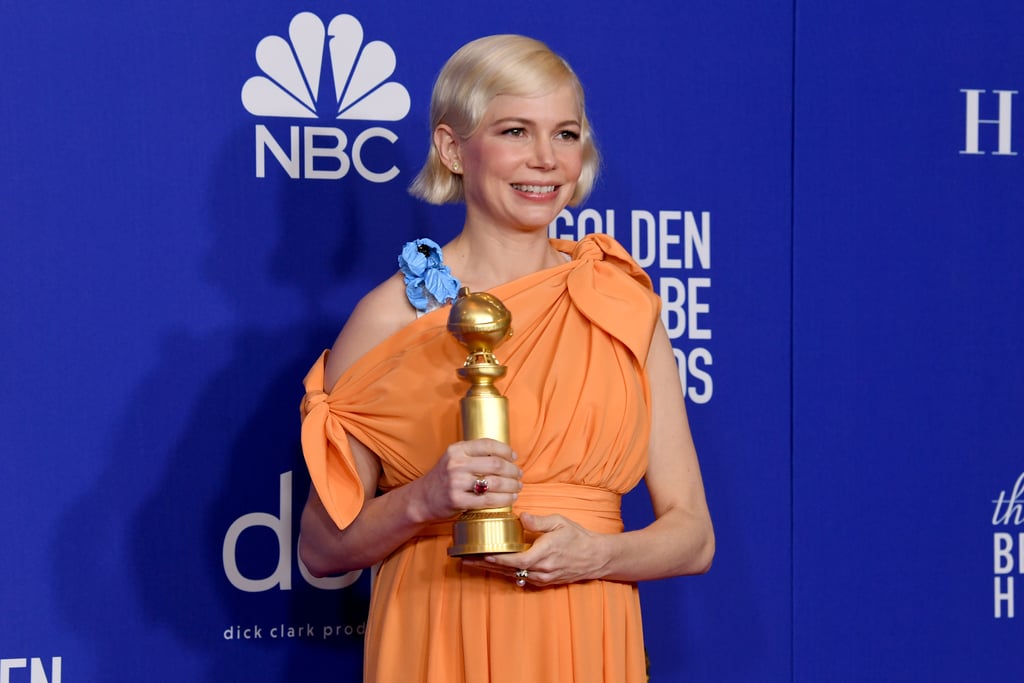 At the 2019 Emmys, Michelle Williams took home the award for outstanding lead actress in a limited series or movie for Fosse/Verdon, and now, she has a new trophy to add to her collection. The same role earned Williams the award for best actress in a limited series or movie at the 77th Annual Golden Globe Awards, and just like when she earned her Emmy in September, Williams brought down the house with another bold and thoughtful speech. The 39-year-old starlet (who's currently expecting a child with her fiancé, Thomas Kail) took her moment in the spotlight during the awards ceremony to talk about the importance of choice, especially for women.

Related:
A History in Pictures of Michelle Williams and Busy Philipps's Lovely Friendship

Williams started off by thanking the team behind Fosse/Verdon and the Hollywood Foreign Press Association, before moving on to women's right to choose. She broached the topic by saying she was glad she lived during a "moment in our society where choice exists, because as women and as girls, things can happen to our bodies that are not our choice." According to Williams, she wouldn't have been able to succeed in Hollywood "without employing a woman's right to choose — to choose when to have my children and with whom."

Then, she directly appealed to the women in the audience. "I know my choices might look different than yours, but thank God or whomever you pray to that we live in a country founded on the principle that I am free to live by my faith and you are free to live yours," she said. "So women 18 to 118, when it is time to vote, please do so in your own self-interest. It's what men have been doing for years, which is why the world looks so much like them. But don't forget we are the largest voting body in the country. Let's make it look more like us." Now there's a sentiment we can get behind.