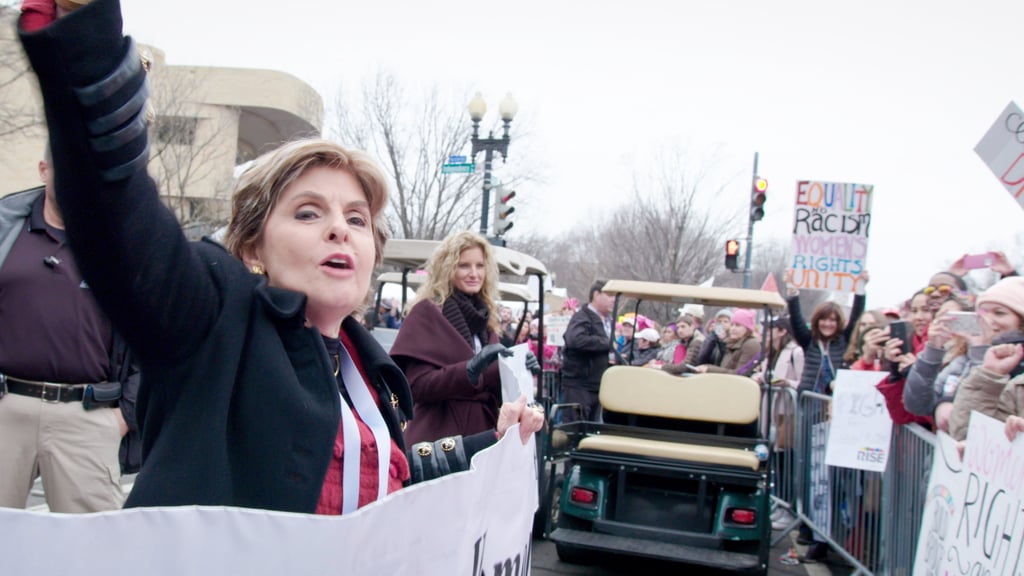 This documentary focuses on both the public and private life of the country's highest profile women's rights attorney, Gloria Allred, who is best known for taking on Bill Cosby and Donald Trump. The film makes a persuasive case for Allred's skill and influence, attempting to dispel her many detractors and haters (who are not just rightwing members of misogynist media).

TV
Have a Million Questions About Netflix's Space Force Series? Here's the Lowdown
by Mekishana Pierre 9 hours ago

Movies
The Lord of the Rings Cast Virtually Reunited, and I *May* Have Just Whispered, "My Precious"
by Brea Cubit 9 hours ago

Movies
All of the Harry Potters, The Lego Movie, and 107 Other Movies For Kids on HBO Max
by Alessia Santoro 12 hours ago

TV
Filthy Rich: A Look at Businessman Les Wexner's Life and His Relationship to Jeffrey Epstein
by Hedy Phillips 15 hours ago

TV
Filthy Rich: A Closer Look at Jeffrey Epstein's Homes Featured in the Documentary
by Hedy Phillips 1 day ago

Music
Wondering What Songs You're Hearing on Sweet Magnolias? Let Us Help With That, Honey
by Amanda Prahl 2 days ago