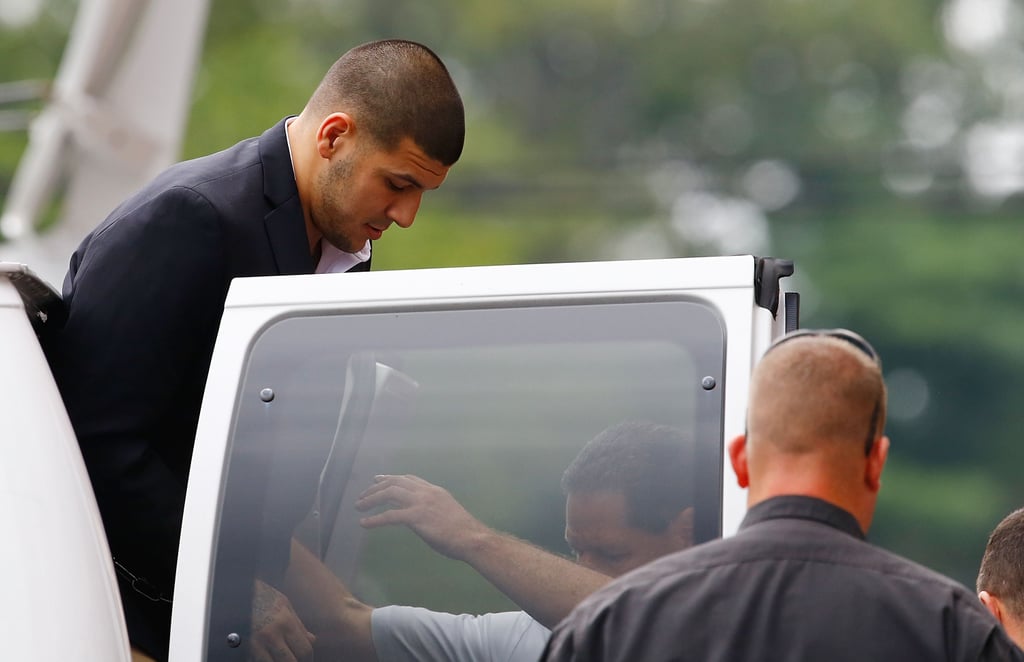 When Was Aaron Hernandez Arrested?

In 2013, a jogger found Odin Lloyd, a semiprofessional football player dating Hernandez's fiancée's sister, dead with multiple gunshot wounds at a North Attleboro, MA, park. Days after the body's discovery, Hernandez was arrested and charged with first-degree murder on June 26. In 2015, Hernandez was convicted of first-degree murder and sentenced to life without the possibility of parole for his friend's death.

TV
Tiger King's Joe Exotic Is Not a Good Person, and We Need to Stop Celebrating Him
by Amanda Prahl 8 hours ago

TV
Did Joe Exotic Set the Fire at His Zoo? Breaking Down Tiger King's Suspicious Arson Case
by Stacey Nguyen 1 day ago

TV
Tiger King: Every Piece of Information We Have About the Disappearance of Don Lewis
by Caitlyn Fitzpatrick 2 days ago

TV
We Had to Know: Is Tiger King's Joe Exotic Really Singing in His Music Videos?
by Amanda Prahl 2 days ago
Latest Entertainment