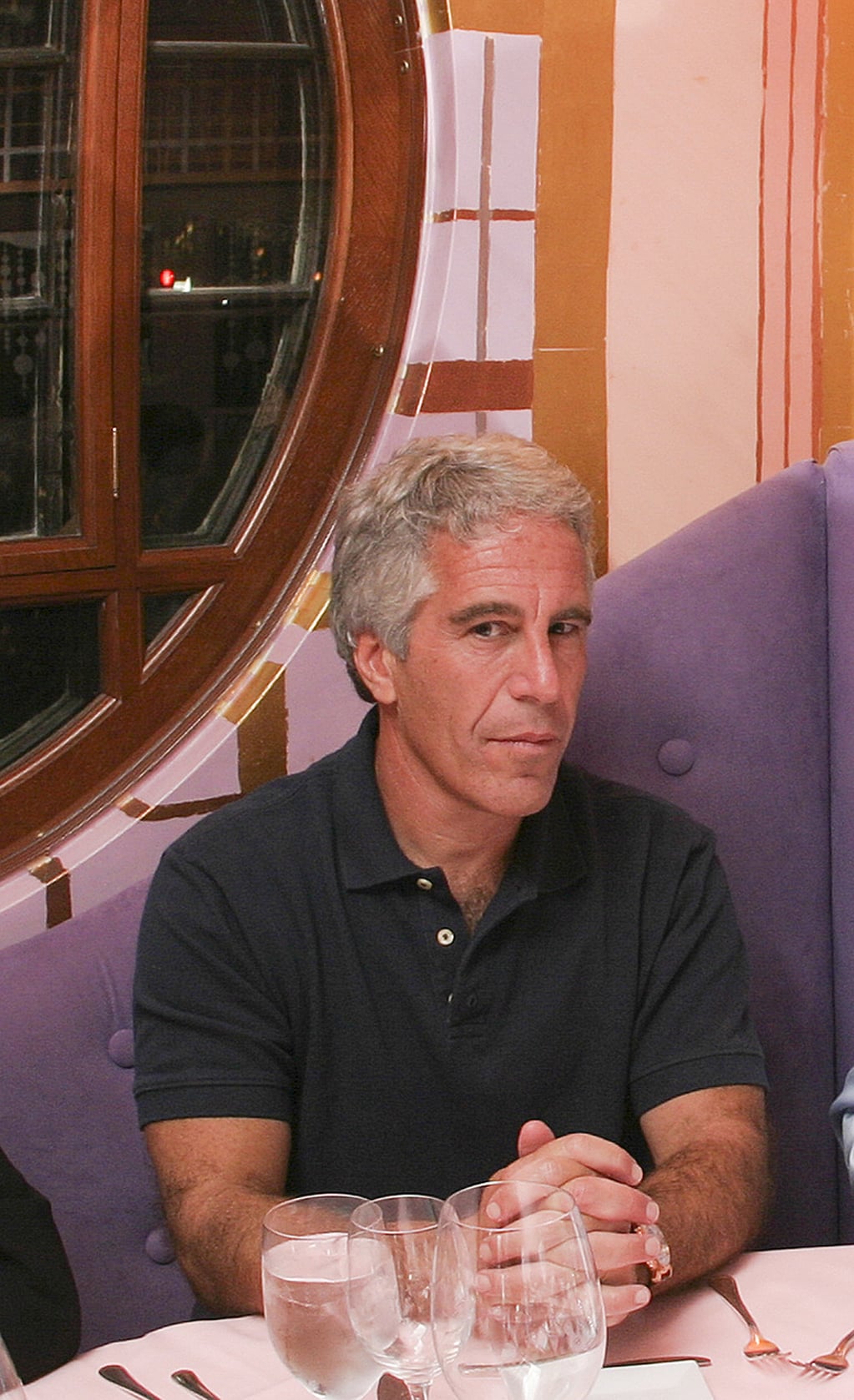 In 2003, journalist Vicky Ward wrote a colourful and lengthy profile of millionaire financier Jeffrey Epstein for Vanity Fair. Back before Epstein became heavily embroiled in a sex-trafficking ring that sent him to jail more than once, Epstein was a mere financial mastermind with his hands deep in working with some of the world's most high-profile businessmen. The profile, which features much of the content also depicted in Netflix's Jeffrey Epstein: Filthy Rich documentary, just barely touches on Epstein's history of women. That story will play out more on screen, but it bears noting that Ward said years later that she wanted to go into more detail about allegations against Epstein in her Vanity Fair piece, but was blocked by her editors. She said she had on-the-record allegations from three accusers who said they were involved in a sex scandal with Epstein. Vanity Fair's former editor in chief Graydon Carter said in an emailed statement to The New York Times that the claim was not true, and if it was, the story would have run with those allegations. Instead, the profile focussed on Epstein's personal life and his many successes with financial manipulation. Here are six major takeaways.

Ward's profile on Epstein starts by painting a picture of his Manhattan residence. The home on 71st Street between Fifth and Madison Avenues was once the Birch Wathen private school. It was then converted into a private residence, one of the largest in all of the city. It's 51,000 square feet, and Ward writes that "[Epstein] tells people he bought the house because he knew he could 'never live anywhere bigger.'" The house is lavish, full of art, yet impersonal. Everything has its place — tea is taken in the leather room, the office is upstairs, but the computer belongs in the computer room. One of the most curious items in the home, Ward writes, is a stuffed black Poodle resting atop a piano. "'No decorator would ever tell you to do that,' Epstein brags to visitors. 'But I want people to think what it means to stuff a dog.' People can't help but feel it's Epstein's way of saying that he always has the last word," Ward writes.

After meeting L Brands chairman Les Wexner in the 1980s, Wexner handed over control of much of his money to Epstein. Ward writes that Epstein was only willing to work with billionaires and "because the problems of the mega-rich, he tells people, are different from yours and mine, and his unique philosophy is central to understanding those problems: 'Very few people need any more money when they have a billion dollars. The key is not to have it do harm more than anything else…. You don't want to lose your money.'"

Ward notes in her Vanity Fair profile that Epstein was highly regarded among many powerful people. She said that not too long before writing this profile, Epstein flew former President Bill Clinton, actors Chris Tucker and Kevin Spacey, supermarket magnate Ron Burkle, talent agent Lew Wasserman's grandson, Casey Wasserman, and a few others to explore the problems of AIDS and economic development in Africa. Rosa Monckton, the former CEO of Tiffany & Co. in the UK, called Epstein charismatic and considered him a friend since the early '80s. Some fellow powerful men were known to spend time at his home with him, including newspaper publisher Mort Zuckerman, banker Louis Ranieri, Revlon chairman Ronald Perelman, real estate tycoon Leon Black, former Microsoft executive Nathan Myhrvold, Tom Pritzker of Hyatt Hotels, and President Donald Trump. 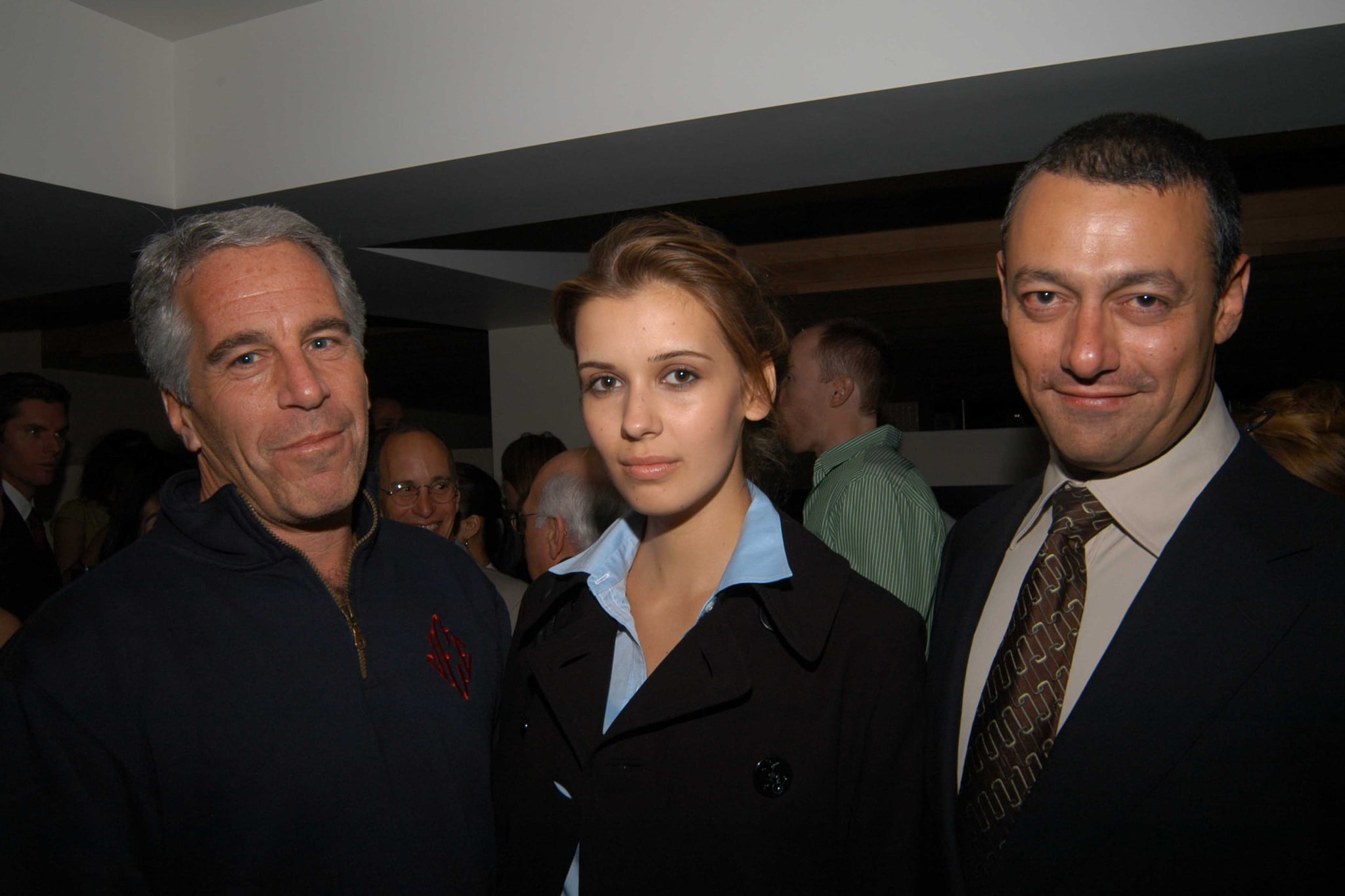 In his many dealings with high-profile people with huge sums of money, Epstein fell into a lot of financial manipulation. Ward writes in her profile that Epstein was bold in dealing with people and sometimes ruthless. "In 1992, Epstein even persuaded Wexner to put him on the board of the Wexner Foundation in place of Wexner's ailing mother. Bella Wexner recovered and demanded to be reinstated. Epstein has said they settled by splitting the foundation in two," the Vanity Fair profile reads.

A lawsuit filed by former head of Williams Electronics Inc. Michael Stroll states that Epstein's company Intercontinental Assets Group Inc. obtained an investment from him for $450,000 in 1982. Epstein put that money into oil, and when Stroll asked for the money back in 1984, he didn't get it. Instead, what he got four years later was $10,000. Ward writes: "Stroll lost the suit, after Epstein claimed in court, among other things, that the check for $10,000 was for a horse he'd bought from Stroll."

Vanity Fair obtained SEC and legal documents tying Epstein to Steven Hoffenberg, the former chairman of debt collection agency Towers Financial Corporation and orchestrator of one of the largest Ponzi schemes in American history. Ward writes, "Hoffenberg began using company funds to pay off earlier investors and service a lavish lifestyle that included a mansion on Long Island, homes on Manhattan's Sutton Place and in Florida, and a fleet of cars and planes." Epstein and Hoffenberg got along well, as they were both business savvy and obsessed with money. Epstein began consulting for Hoffenberg at a price of $25,000 a month and worked out of a lavish space in Manhattan.

Early in his work with Hoffenberg, Epstein was assigned to "mastermind doomed bids to take over Pan American World Airways in 1987 and Emery Air Freight Corp. in 1988," Ward reported in her Vanity Fair profile. It was perhaps the most high-profile dealing Epstein worked on with Hoffenberg. In a 1993 hearing in front of a grand jury, Hoffenberg claimed Epstein was behind all the scheming with these companies, but essentially using a third party because he didn't have a broker's licence. In trying to win those companies, Hoffenberg, Epstein, and his chief operating officer Mitchell Brater schemed to steal $3 million in bonds from one of the insurance companies they were working with to buy PanAm and Emery stock. "Epstein created a great scheme to purchase a $500,000 treasury bond that would not be shown . . . [as] margined or collateralized," Hoffenberg reportedly told the grand jury. "It looked like it was free and clear but it actually wasn't." Hoffenberg also claimed Epstein manipulated the price of Emery's stocks so that when they inevitably started to fall as this started to blow up, they would incur less of a loss. And when it inevitably did go belly up, Epstein walked away scot free because he was only a consultant.

Jeffrey Epstein Was Suspected of Insider Trading at Bear Stearns

Early in his career, Epstein worked as a trader and then limited partner at Bear Stearns. He left the company abruptly in 1981, and the story surrounding his departure was ever changing and a little murky. Some of Epstein's former coworkers alluded to Epstein being fired from the company, but former CEO Cayne shot down that rumour and said Epstein exited on his own. However, it turns out that the SEC was investigating Bear Stearns for insider trading because a tender offer was placed on March 11, 1981, by the Seagram Company Ltd. for St. Joe Minerals Corp. Epstein left Bear Stearns on March 12, 1981, and not long after, some Italian and Swiss investors were busted for that charge. Due to the timing of Epstein's departure from the company, the SEC also questioned him about the insider trading, but Epstein told them that he chose to leave because he didn't like the way management had handled a separate issue with him. Due to the mismanagement, Epstein claims he was shut out of making full partner, so he left the company. No charges ended up being brought against him.

TV
Unsolved Mysteries: 3 Theories on What Happened to Rey Rivera
by Stacey Nguyen 6 hours ago

TV
Unsolved Mysteries: 3 Theories on What Happened to Patrice Endres
by Stacey Nguyen 6 hours ago

TV
Dark: The Story Behind the Blind Man in 1888
by Hedy Phillips 6 hours ago

TV
Lena Chapin's Case Remains Unsolved, but Here Are 5 Theories Regarding Her Whereabouts
by Stacey Nguyen 6 hours ago

TV
What Is AMBW and Why Is Hollywood Just Catching On?
by Kennedy Hill 7 hours ago

The Crown
The Crown Season 5 Will Introduce New Faces in Main Roles — See Who's Joined the Regal Cast!
by Brea Cubit 3 days ago
Latest Entertainment