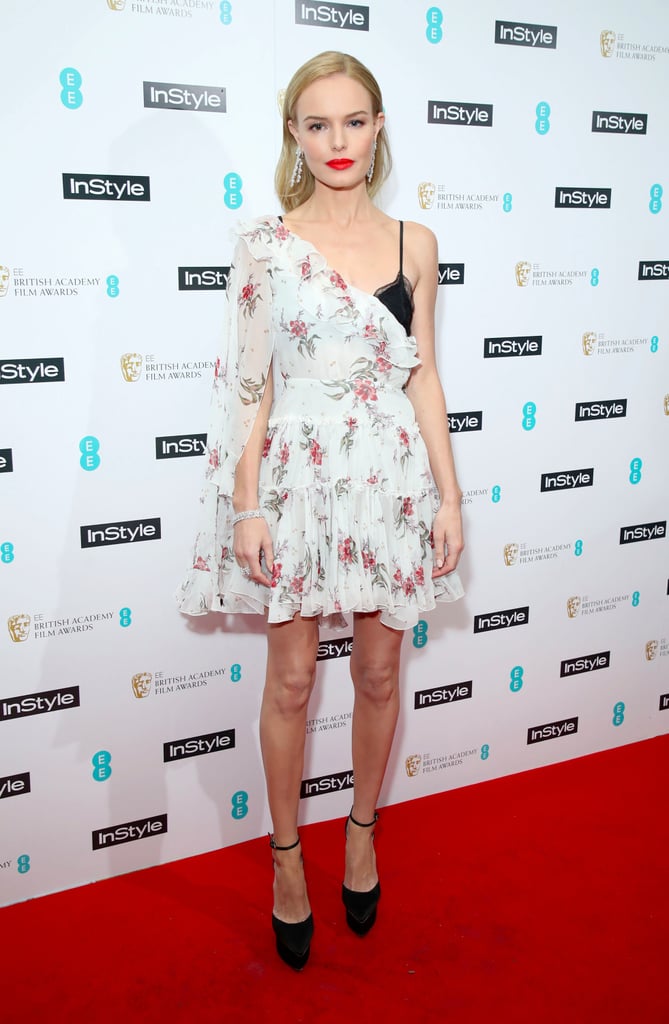 You might not have noticed, but two-in-one dresses have been making their way into your lives. What exactly does this style entail? Well, it looks like a dress within a dress. And depending how you see it, it almost appears like the fabric is falling off its wearer to reveal another pretty print underneath. Emma Stone tried the trend at the SAG Awards in Alexander McQueen and since then, we've seen many replications on and off the runway. Kate Bosworth popped up in a Giambattista Valli floral number while Sienna Miller wore a silky version from Lanvin. The mixed-media style appears to be It-girl approved.

It's only a matter of time before everyone starts hopping on this trend. The two-in-one style will certainly revive your wardrobe too, so scroll on to shop similar pieces. They will be your new go-to uniform for wedding and festival season.

Related:
This Explains What Your Closet Will Look Like in 2017
Previous Next Start Slideshow
Join the conversation
Summer FashionFashion TrendsCelebrity StyleRunwaySpringDressesStyle How-ToStyle TipsSpring Fashion
More from POPSUGAR
From Our Partners
Related Posts

Celebrity Style
Salem Mitchell Talks Modelling From Home: "Shoots Are Happening From Behind a Screen"
by Sarah Wasilak 2 hours ago

Celebrity Style
J Lo Has the Most Famous Initials in the World, but Her Mongrammed Bag Says "VOTE"
by Sarah Wasilak 5 hours ago