If Sandy and Danny united in the streets of Tokyo, in 2013, wearing really, really cool clothes (we're talking thigh-high boots to rival Sandy's leather leggings), then this is what it would look like. 3.1 Phillip Lim staged Sonomama, a fast-paced fashion show-down set to the beat of electric guitar, for its second Autumn campaign. Starring Kiko Mizuhara, Louis Simonon (son of Clash guitarist Paul Simonon), and the rockabilly gang Black Shadow, Eduard Grau's film "embodies the nonchalant ease and eclectic style of the partners, girlfriends, and lovers of the racer generation." Paired with But Sou Lai's shots, the result is the kind of coolness that transcends decades. Preview the campaign images below. 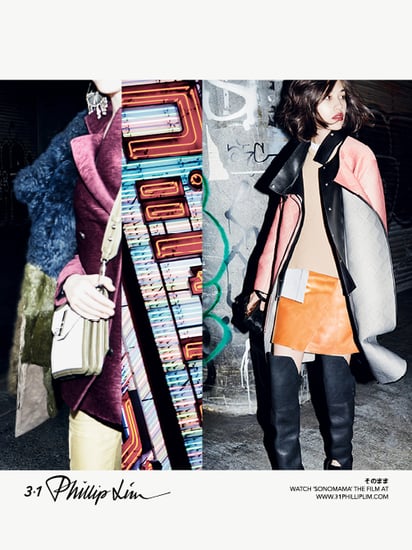