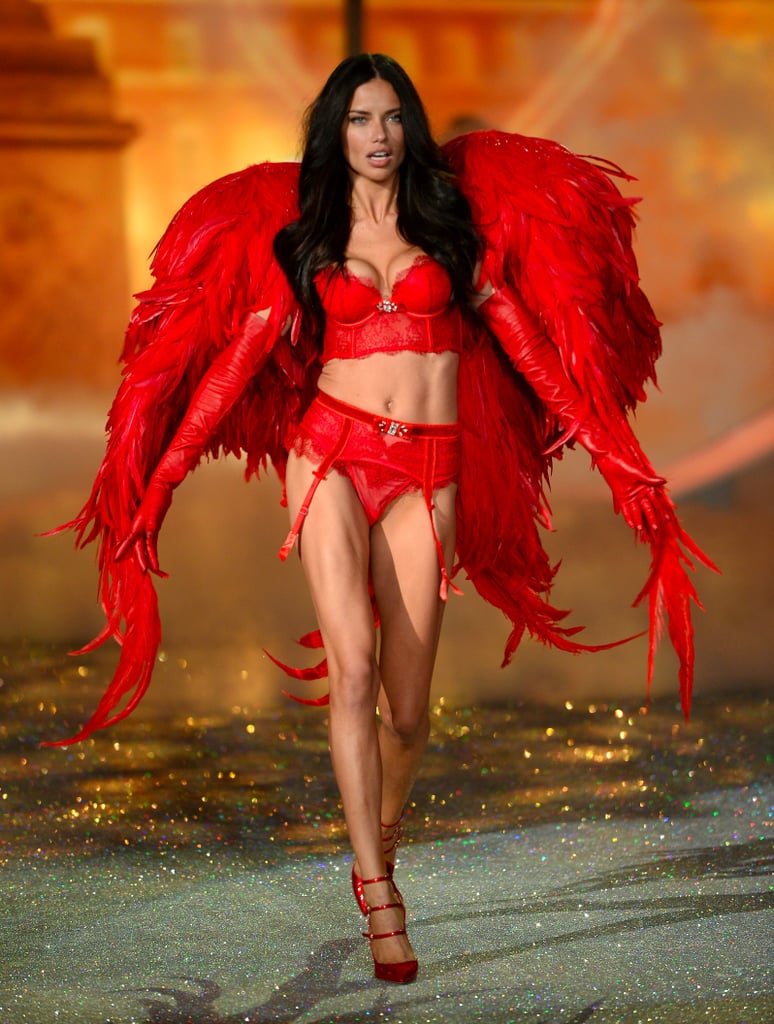 Adriana Lima has walked in 16 Victoria's Secret Fashion Shows. Let that number sink in. The model made her debut in 1999 and every year since then has slipped on her wings (except 2009 when she had her first child). She is a veteran Angel by now — a pro who new girls like Kendall Jenner turn to for advice before a show. You would assume Adriana is used to the runway spotlight by now, but the model admits to still getting nervous right before every show. "It a huge event," she said when I talked to her at Dogpound (a private gym frequented by the Angels).

I could easily see why new models would go to Adriana for advice. She's warm, funny, and gives hugs to everyone she meets. (I would want her to take me under her wing too, if she could.) The model was in New York City to promote the 2017 VSFS, which will be held in Shanghai later this year, and I had the chance to ask her anything. Adriana was an open book. We talked about the upcoming show, who she'd like to see wear the fantasy bra, her personal travel style, and even her daughters. Read on to see what she had to say, then watch Adriana bring on her signature runway walk once again on Nov. 28.

Celebrity Style
Emily Ratajkowski Is the Essence of Sexy, Bold Maternity Style in This Cut-Out Dress
by Sarah Wasilak 5 hours ago

Celebrity Style
Ariana Grande's Outfits in "Positions" Are the Perfect Mix of Sexy, Sassy, and Sophisticated
by Nikita Charuza 2 days ago
Latest Fashion
×