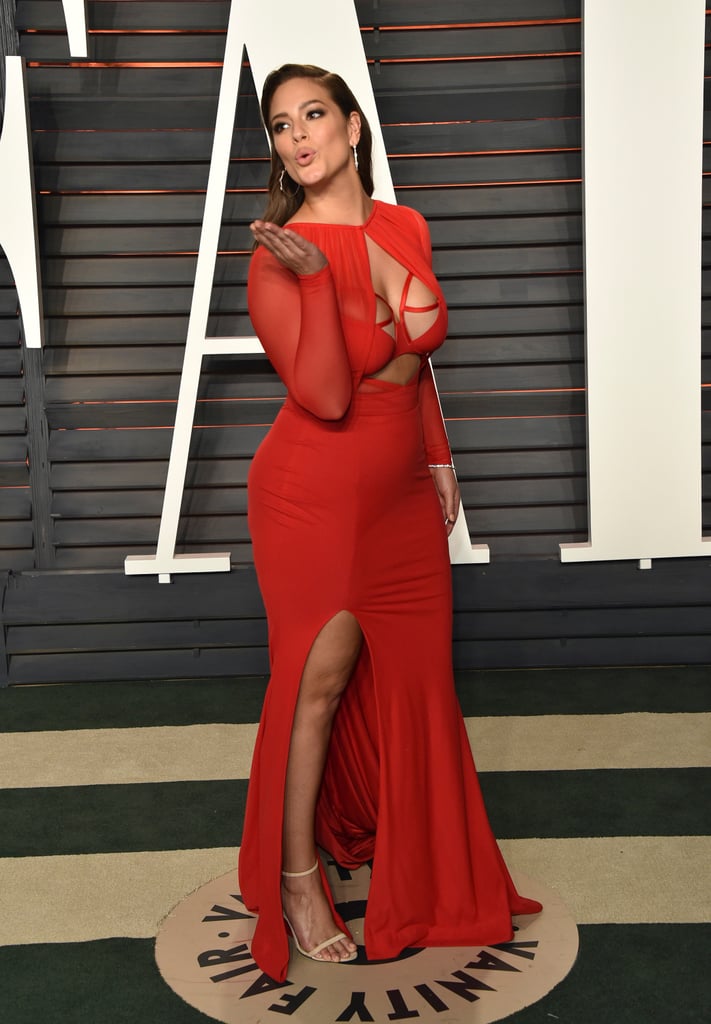 You don't need to spell out the word "confidence" to Ashley Graham — she embodies it. That comes with experience (she's been modelling since 2001) and career achievements such as landing a Vogue cover and launching her fifth Swimsuits For All collection. Did we mention Ashley also became the first curve model to appear in Sports Illustrated, partners with Addition Elle on a lingerie line, and, somehow, found time to write a memoir?

To list all her fashion accomplishments would be exhausting, which is a sure sign that Ashley is simply a power woman. Case in point: she's become a model turned activist for diversity and body positivity in fashion. She continually champions women of all sizes and shapes while empowering those around her with her words. If you're part of Ashley's 6.1 million followers on Instagram, you know what we mean. With all the wisdom Ashley has bestowed on us in interviews, we rounded up a few of her most empowering quotes here.

Celebrity Style
Jonah Hill Talks About Being Overweight and Having a Sense of Style: "Be Yourself . . . Lean Into It"
by Sarah Wasilak 19 hours ago

Celebrity Style
Emily Ratajkowski Found a New Way to Show Off Her Baby Bump, and It Screams Emrata
by Nikita Charuza 3 weeks ago

Celebrity Style
Emily Ratajkowski Is the Essence of Sexy, Bold Maternity Style in This Cut-Out Dress
by Sarah Wasilak 3 weeks ago