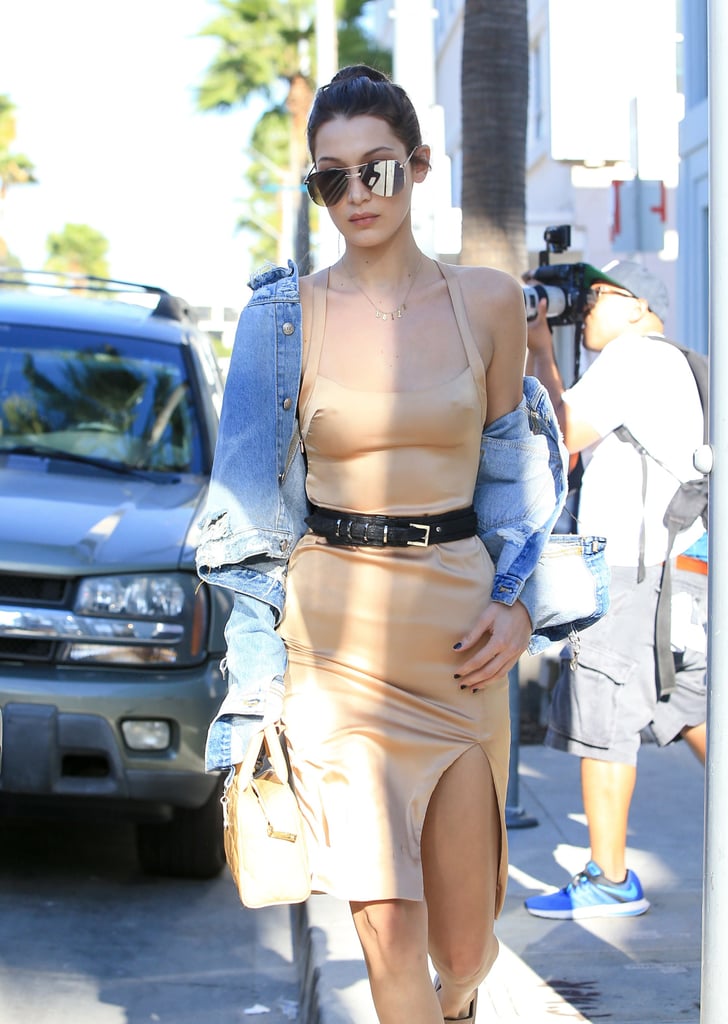 If You Thought Bella Hadid Had Nothing to Say About Her Breakup, Take a Look at Her Necklace

When we first spotted Bella Hadid wearing a gold Abel necklace, we thought it was a sweet nod to her year-and-a-half relationship with the Weeknd (Abel, after all, is the singer's given name). But when it was announced that the couple had split, with a source citing scheduling conflicts as the cause, the model made a tiny tweak to the everyday accessory by The M Jewelers.

On a lunch date with Hailey Baldwin, Bella surely stood out in a body-hugging, peach coloured dress, which she styled under her denim jacket. But while the cute ensemble was appropriate for west coast weather, we immediately zoomed in on her necklace. Bella had traded in her ex's name for an option that simply read, "Bella," and this quick change pretty much says "Yes, we broke up, but I'm doing just fine."

We're not completely ruling out a possible, future reunion for the two, though. It's being said the ex-couple will "remain friends," and both of them will even appear at this year's Victoria's Secret Fashion Show. Perhaps one day we'll see a return of the "Abel" piece, but until then, get a closer look at Bella's name accessory and shop similar options for yourself.