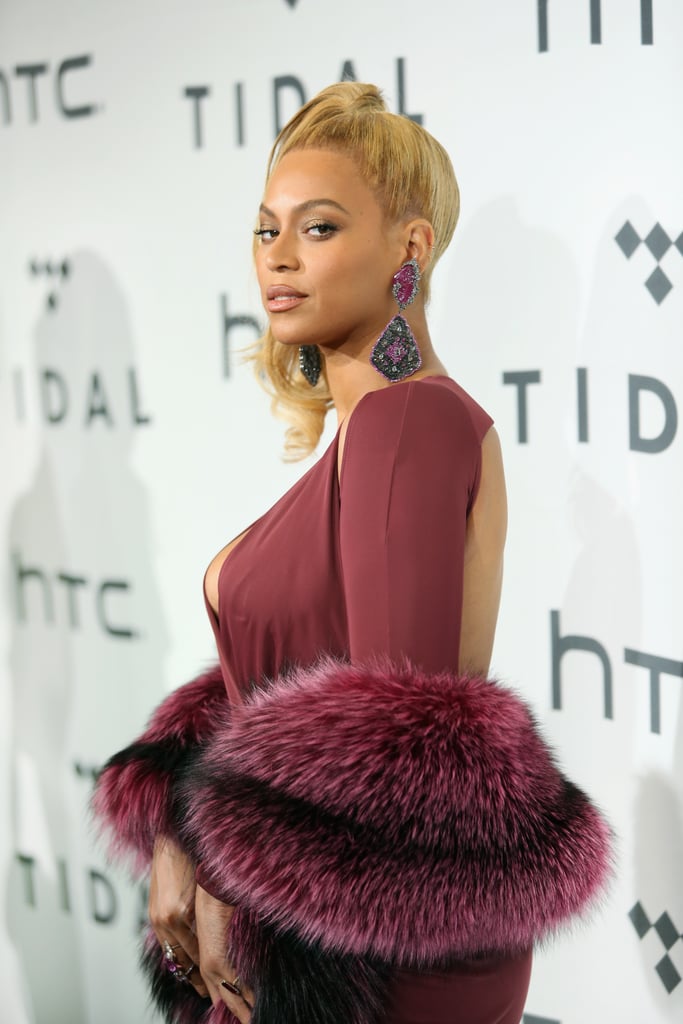 Use This Video as a Warning to Never Touch Beyoncé's Clothes

If you grew up with parents fussing over your appearance — tucking in shirts, pushing back hair, zipping up coats when they felt you were cold — then you kinda know how it feels to be Beyoncé. At last night's Tidal concert, the star posed on the red carpet in a very revealing Philipp Plein dress, complete with a deep V-neck and leg slit, and accessorised with a Georgine furry stole. But as Queen Bey struck a pose for the cameras, her assistant, unfortunately, had zero chill.

Rather than let Beyoncé risk a nip slip or appear dishevelled, the assistant decided it was best to give her one final adjustment before sending her on her way. And that's when the star finally had enough: still posing and smiling wide, she firmly told the woman to "stop it," which was equal parts terrifying and hilarious coming from this powerhouse. Scroll through to see Bey's bold look in full, as well as the video mentioned, and know never to mess with this girl boss — or her clothes.