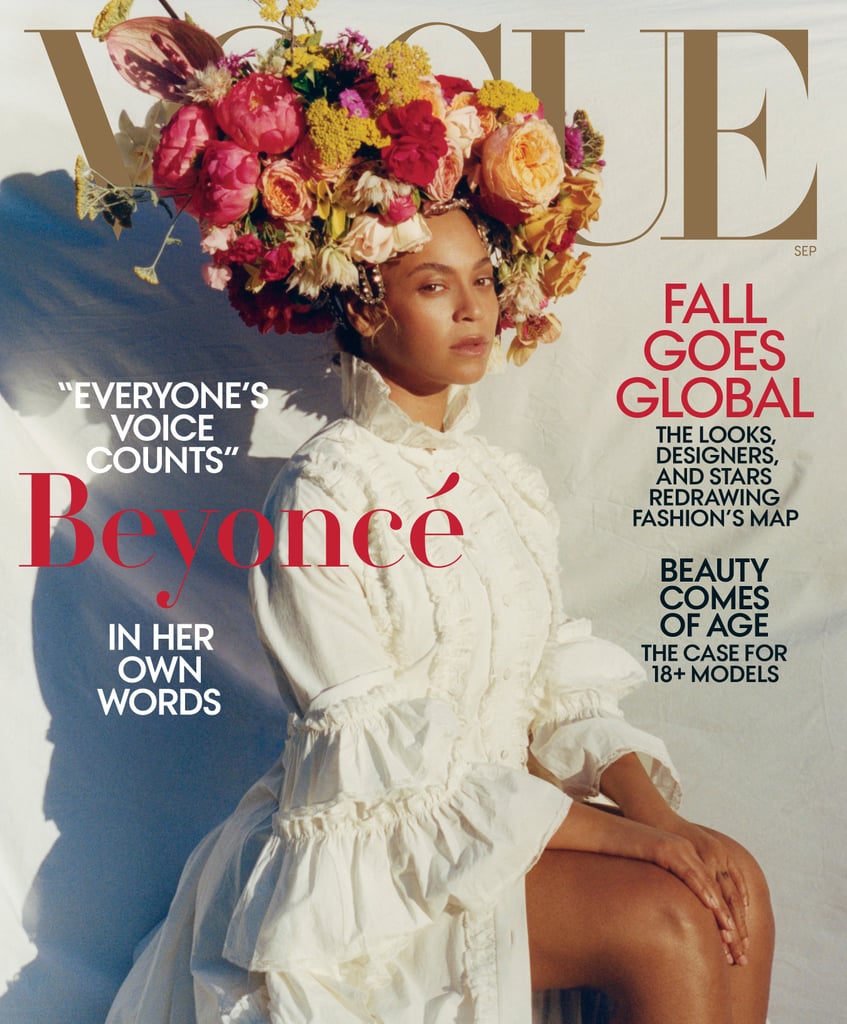 Beyoncé Looks So Damn Stunning on Vogue's September Issue, and It's 1 For the History Books

Beyoncé is on the cover of Vogue's September issue, and it is already one of the most stylish issues we've ever seen. In an unprecedented move, Vogue's editor in chief Anna Wintour gave Beyoncé full creative control of the shoot. One of her first decisions was to recruit 23-year-old photographer Tyler Mitchell to shoot the cover. The rising star, who hails from Atlanta, has previously worked with the likes of Marc Jacobs, Ray-Ban, and Givenchy.

In a landmark move, Tyler became the first black photographer in history to shoot a cover for US Vogue. A source told HuffPost, "The reason a 23-year-old black photographer is photographing Beyoncé for the cover of Vogue is because Beyoncé used her power and influence to get him that assignment." This level of creative control is not usually given to cover stars, but clearly exceptions are made for Queen Bey. Take a look at the gorgeous photos from the shoot ahead.