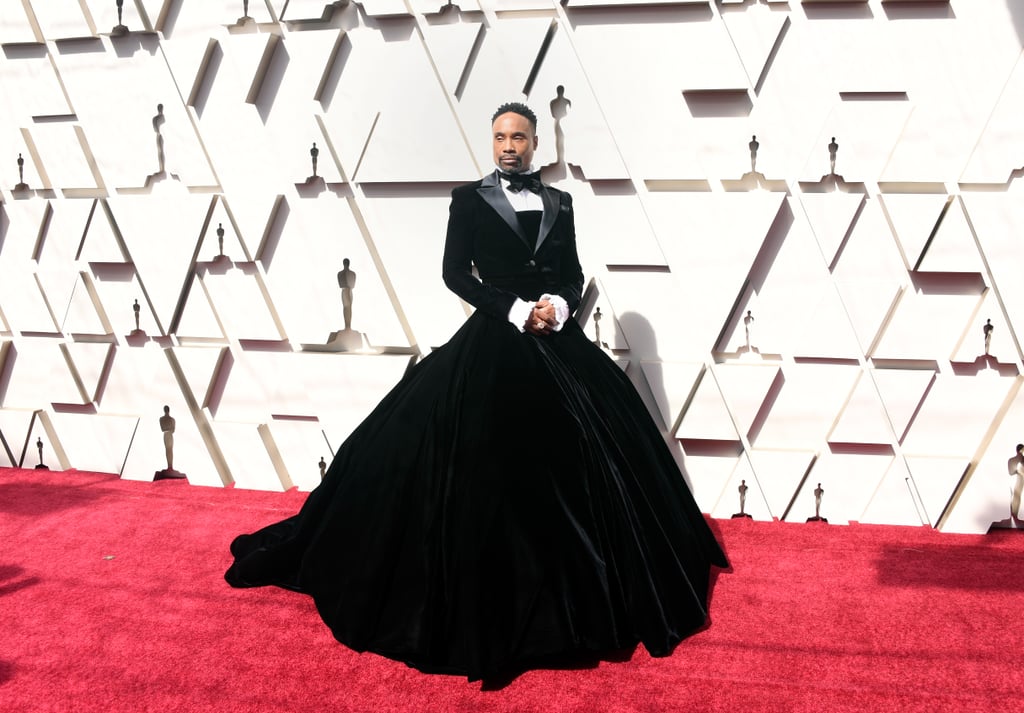 File this look under: show freakin' stopper. Billy Porter may not be nominated for any awards at the 2019 Oscars, but he showed up on Sunday night ready to turn heads. The Pose star arrived on the red carpet with husband Adam Smith in an incredibly fabulous custom Christian Siriano velvet tuxedo gown. Yep, business on the top and magnificent on the bottom. After posing for photos in the ballroom gown, Billy wore a tailored velvet skirt as he hosted a red carpet show.

The stunning look is not at all out of character for Billy. After pulling up to the Golden Globes earlier this year wearing a pink cape, Billy "had the courage to push the status quo," he told Vogue about his Oscars look. "My goal is to be a walking piece of political art every time I show up. To challenge expectations. What is masculinity? What does that mean? Women show up every day in pants, but the minute a man wears a dress, the seas part. . . We wanted to play between the masculine and the feminine. This look was interesting because it's not drag. I'm not a drag queen, I'm a man in a dress."

He added, "People are going to be really uncomfortable with my black ass in a ball gown — but it's not anybody's business but mine." Well, he looked spectacular to us! See photos of Billy's Siriano look ahead and prepare to be wowed.

Related:
These Oscars Gowns Are So Damn Sexy, We Don't Know What to Do With Ourselves
Previous Next Start Slideshow
Join the conversation
Award SeasonCelebrity StyleRed CarpetBilly PorterDressesChristian SirianoOscars
More from POPSUGAR
From Our Partners
Related Posts