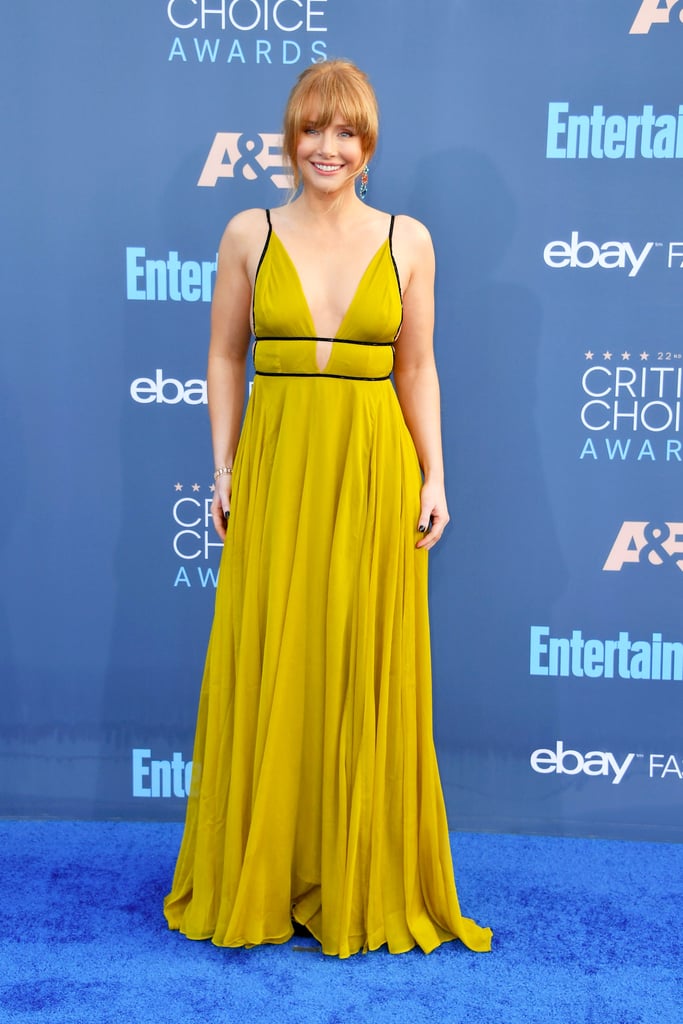 When Bryce Dallas Howard stepped out at this year's Critics' Choice Awards, our first thought was, quite literally, "Whoa." Her chartreuse-coloured gown was a lighter, brighter design in a sea full of dark colours, and its black trim and plunging neckline made it all the more stunning. If Bryce had said it had cost her thousands, we'd have believed it. But instead, we gasped when she revealed the true price tag: $250.

The affordable, chic Topshop number isn't even the only time Bryce admitted to amazing shopping skills. Back at the 2016 Golden Globes, she said she bought her look at Neiman Marcus. Scroll through for a better view at Bryce's dress in full — something we wouldn't feel guilty purchasing ourselves. Then check out the accessories from this year's show.