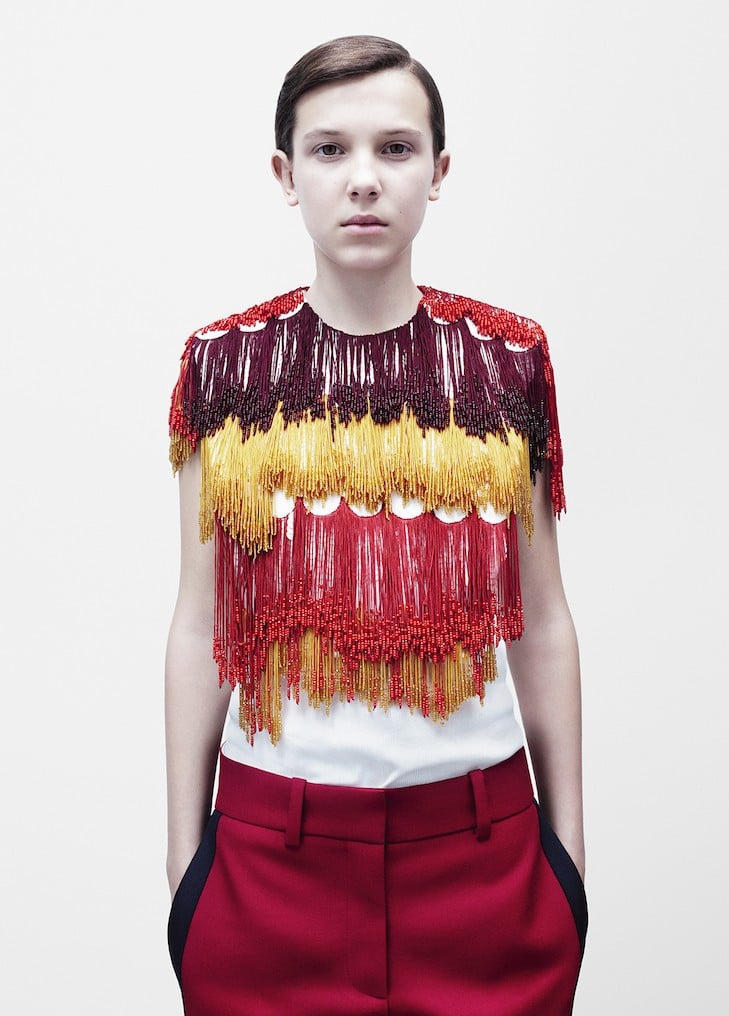 We predicted Millie Bobby Brown would take over the fashion world, and she's starting with a Calvin Klein ad. Shot by Willy Vanderperre, Millie strikes a serious pose for the brand's new made-to-measure service, By Appointment. According to Calvin Klein's Creative Director Pieter Mulier, who works closely with Raf Simons, the 14-piece collection is "driven by character; it's about a woman feeling empowered and being her own person in what she wears."

The Stranger Things actress echoed Pieter and Raf's sentiments by sharing a 'gram of her own, writing, "I am so honored to be a part of this- 'A cast of distinct individuals brings the idea to life: Strength of character is key. Whether famous or unknown, all are treated equally.'"

By Appointment officially launches on April 1, when customers will be able to book appointments at the brand's NYC office. Read on to see Millie's first-ever campaign alongside other famous faces like model Natalie Westling.

Celebrity Style
Salem Mitchell Talks Modelling From Home: "Shoots Are Happening From Behind a Screen"
by Sarah Wasilak 2 days ago