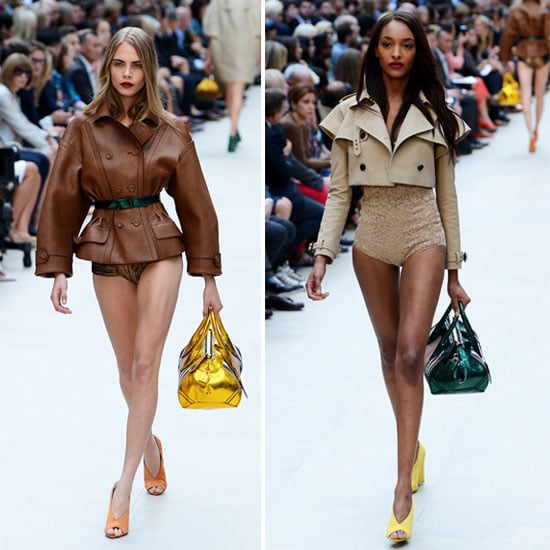 Hold on to your hats boys (and girls), because the Victoria's Secret fashion show will be filmed in a mere two sleeps. The annual catwalk show employs the crème de la crème from the modelling world to strut their sexiest stuff in a fashion extravaganza that is watched the world over. This year the entertainment will include performances from Rihanna, Bruno Mars and Justin Beiber — but to be honest it's the models we're most interested in. Of course Miranda is on deck, but our very own Shanina Shaik secured the gig for her second time and they'll be debuts from fresh faces Cara Delevingne and Jourdan Dunn to look forward, too. Get familiar with the VS gang by scoping last year's smokin' spectacular.

News just in! Hilary Rhoda will be joining the Victoria's Secret ranks for the first time this year. Congrats!

Models
Halima Aden on Diversity in the Modelling Industry: "This Isn't a Trend . . . These Women Are Here to Stay"
by Sarah Wasilak 22 hours ago

Celebrity Style
My Heart! Gigi Hadid Looks So Cute Showing Off Her Baby Bump in a Crop Top and Bucket Hat
by Nikita Charuza 1 day ago

Models
Christian Siriano Hosted a NYFW Runway Show at His House, and Coco Rocha Jumped in the Pool
by Nikita Charuza 2 days ago