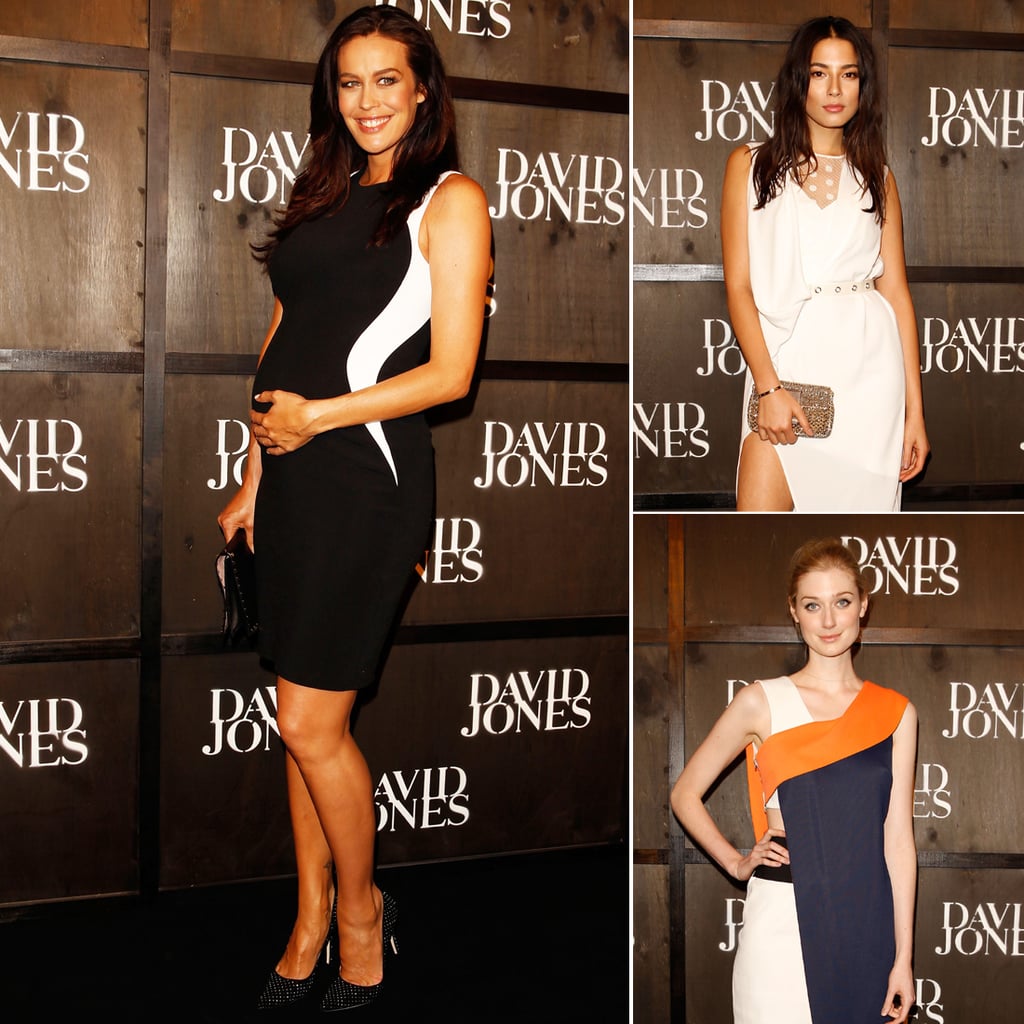 The David Jones fashion launch is one of the biggest nights on Australia's fashion calendar, drawing a chic crew of celebrities to Sydney's David Jones store twice a year for the seasonal runway show. Last night's Autumn Winter 2014 launch delivered on the retailer's reputation for attracting a crowd, with Elizabeth Debicki, Megan Gale, Kate Waterhouse, Jessica Gomes, Montana Cox, designers and industry elite all making good on their RSVP to walk the carpet.

While you might think the runway is where the most gawked-at style of the night debuted, the red carpet was really what grabbed our attention. Megan Gale debuted her baby bump (!!) in a curve-hugging, bodycon Stella McCartney dress. While she looked downright amazing, Megan admitted she hasn't had to shop for maternity clothes yet, and you will usually find her in Jac+Jack or Bassike now that she's expecting: "There's so many great maternity options out there, but I've been able to continue wearing the designers I love," Megan said on the red carpet.

Actress, Elizabeth Debicki, was dressed by Sydney stylist Romy Frydman in Autumn Winter '14 Josh Goot, while Kate Waterhouse kept her bump covered in Camilla and Marc, and blogger Sara Donaldson stepped out in volumnious Scanlan Theodore. Tahyna Tozzi and Tristan MacManus made their red carpet debut as a married couple, turning out to support sister Cheyenne who was a drawcard model in the show.

Basically, we were blown away with what the Aussie style set stepped out in last night. Want to see 'em all? Keep clicking through the gallery, and then catch-up on the most lust-worthy runway looks from the David Jones Autumn Winter 2014 launch.

Celebrity Style
Emily Ratajkowski Found a New Way to Show Off Her Baby Bump, and It Screams Emrata
by Nikita Charuza 10 hours ago