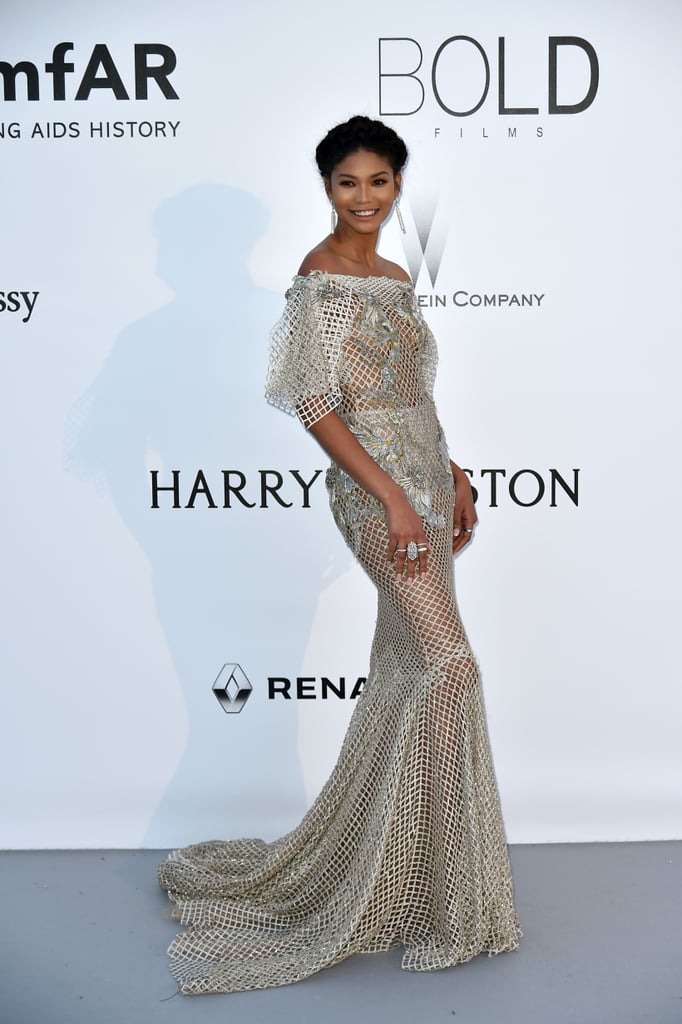 Chanel Iman stole the show Thursday night when she hit the red carpet at amfAR's 23rd Cinema Against AIDS Gala, held at the Hotel du Cap-Eden-Roc just outside Cannes. There was a star-studded lineup of gorgeous women at the party, including a number of Chanel's fellow models such as Irina Shayk, Rosie Huntington-Whiteley, and Lais Ribeiro. A number of actresses turned out as well, including a Valentino-clad Elle Fanning.

Among the many stunning dresses on display, Chanel's net gown stood out as a fun new take on the naked dress. The dress, from Marchesa's Spring/Summer 2016 collection, featured stunning detail between the texture of the gown and the embroidery on the front. The look was pulled together by celebrity stylist Anita Patrickson.

Chanel shared photos of herself in the piece on Instagram, presented without much more comment than the designer credit. The brand, however, shared its own photo on Instagram and dubbed Chanel's look "major" — and we'd have to agree.