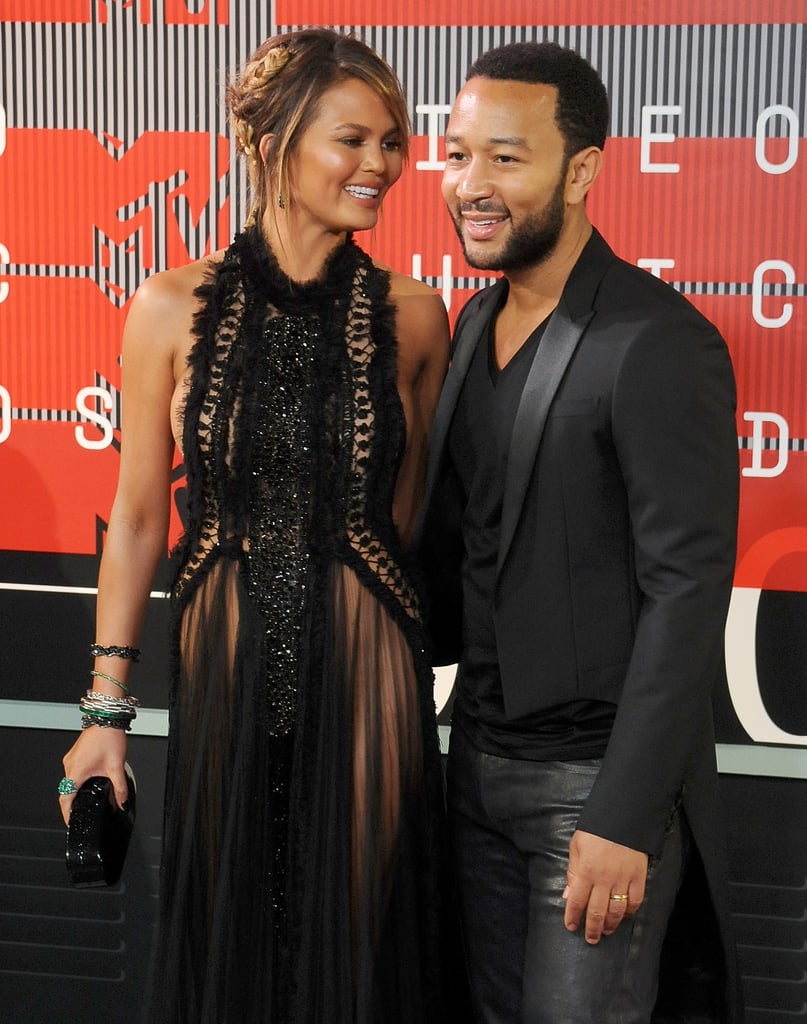 If we asked our SO to give someone a tour of our closet, we imagine they'd sound a bit like John Legend. The singer recently filmed a video of his wife Chrissy Teigen's walk-in, which was then aired on her show, FABLife. Zooming in on Chrissy's massive footwear collection, he made up a repetitive tune about boots and shoes (and shoes and shoes), skipping through the rest of the items and focusing on the one, we can assume, he thinks is a bit out of control.

While our pile is nowhere near as large as Chrissy's, the little ditty did hit home in the fact that, when it comes to fashion, most men just don't understand. She probably wears all those shoes, John! And if she doesn't, she will — she will. The star did manage to open one drawer he felt the world needed to see: the one meant to hold Chrissy's underwear, which happened to be empty.

Read on to watch the hilarious clip ahead, then check out screen shots of Chrissy's shelves for some major #ClosetGoals.