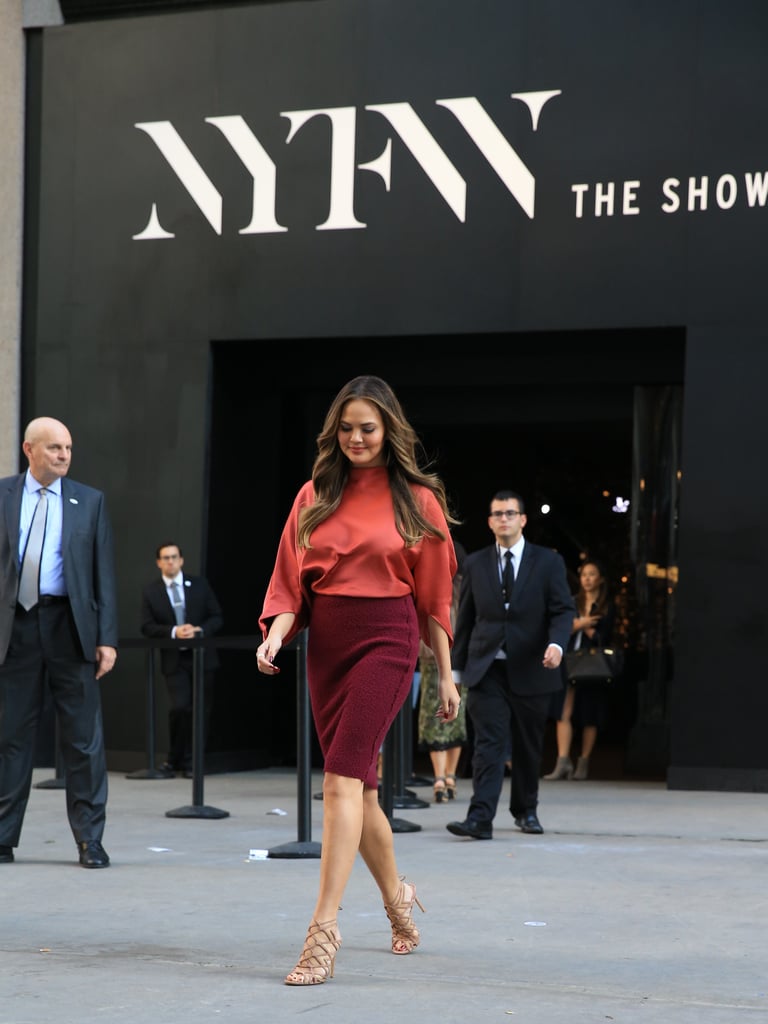 Chrissy Teigen has landed at New York Fashion Week. And while she's fitting right in with the style crowd, pulling off trends left and right (she colourblocked her way through day six and showed a sexy slip of bra at night), she's not exactly fazed by all the glitz and glam. At least, that's the message we get from her series of Snapchats.

Chrissy poked fun at NYFW in an episode she refers to as "All Things Fashion Week." After begging Kendall Jenner for her autograph, waiting in long lines, and sitting in the "front row," which is really just an abandoned chair next to some trash, Chrissy's wiped before the Michael Kors show. Read on to see a sneak peek of the hilarious videos, then follow Chrissy on Snapchat to watch them in full.

Models
New Mum Gigi Hadid Reminds Us All to Vote With Her Cool, Retro T-Shirt
by Sarah Wasilak 27/10/20

Celebrity Style
Salem Mitchell Talks Modelling From Home: "Shoots Are Happening From Behind a Screen"
by Sarah Wasilak 27/10/20