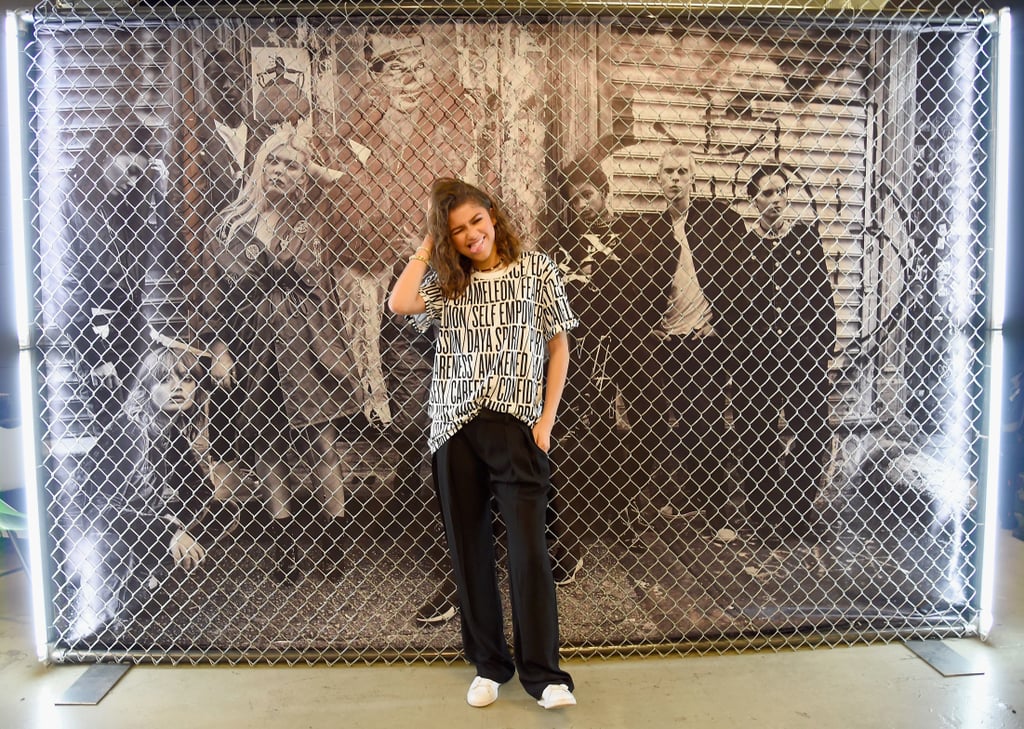 Zendaya Has a Clear Vision For Her Brand, and It Has Something to Do With Oprah

It's not too often that a child star successfully transitions into adulthood, poised, professional, and ready to take on the world. But that's exactly what Zendaya has done. While she's still a hit with the younger crowd thanks, in part, to her Disney roots, the actress is expanding her fanbase, as well as the "designer" part of her resume, by launching her very own clothing line and e-commerce site, Daya by Zendaya.

Expanding on her her first big fashion venture, shoes, every piece from the (mostly) gender fluid collection rings in under $158 (USD), and sizing ranges from 0-22. "That was, like, a no brainer or a deal breaker," she said, speaking about inclusivity with us during a round-table interview. "That had to happen for me. I can't just talk the talk. I can't just say all this stuff about inclusivity and loving people and breaking barriers and actually not do it when it comes to my own stuff."

As for any advice she's received on her new gig, Zendaya admitted she went to the pros. "One thing that Dominco [of Dolce & Gabbana] told me was that it's for the people. What you do is for the poeple. It's not about you, it's about them. It's understanding the people, and that is the driving force behind it."

Zendaya clearly took every type of person into account when creating her oversize hoodies, ruffled dresses, and velvet jumpsuits. But she isn't forgetting about herself, especially when it comes to her career.

"I feel like my brand in general is just expanding," she revealed. "When I think of a brand I'd like to have in the future, I think of Oprah. She's able to do everything. She's also able to keep it so positive. There's always a layer of like, 'If Oprah says [it], it's trusted.' If she says it's the best latte, it's the best latte. It's a trusted brand, and it's something you feel comfortable [with]. There's also a level of empowerment and love and goodness behind it. Everyone feels like they are related to Oprah."

Scroll through to see every piece available on the Daya by Zendaya site. Then, be sure to check out the Zendaya app, which the star launched in conjunction with the collection. Let's hope the line is available in Australia soon!

Related:
Zendaya's Set Could Be Lingerie — or It Could Just Be the Hottest Look on the Red Carpet
Previous Next Start Slideshow
Join the conversation
Celebrity StyleDaya By ZendayaZendayaFashion Interview
More from POPSUGAR
From Our Partners
Related Posts