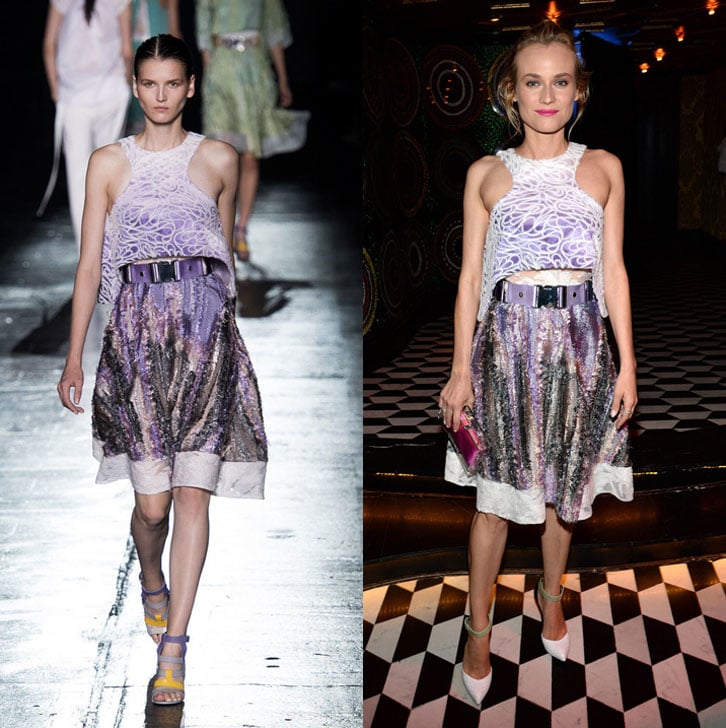 Last night, Diane Kruger wore a Prabal Gurung dress that debuted on the runway just three days ago — and that earns her a lot of style credit in our book. But, we can't say we're surprised that the star was the first one to pull off this sporty-meets-ethereal number from the designer's Spring '15 offering. After all, Kruger is often someone who pops into our head as we see new collections — and we can't help but imagine how she could translate various looks onto the red carpet.

It's safe to say that Diane's fashion sense is a force to be reckoned with, which she proved last night at InStyle's 20th anniversary party. While she chose two-tone, strappy pumps to complete her ensemble, the model who first wore Prabal's design stuck to his new line of colourful footwear. But, is it just us, or did Kruger totally one-up her by matching her hot pink box clutch to her lipstick? Scroll down to see her look in more detail, and then let us know what you think.

Award Season
Kerry Washington, Tracee Ellis Ross, and More Are Donating Their Emmys Looks For a Good Cause
by Sarah Wasilak 2 days ago
Latest Fashion
×