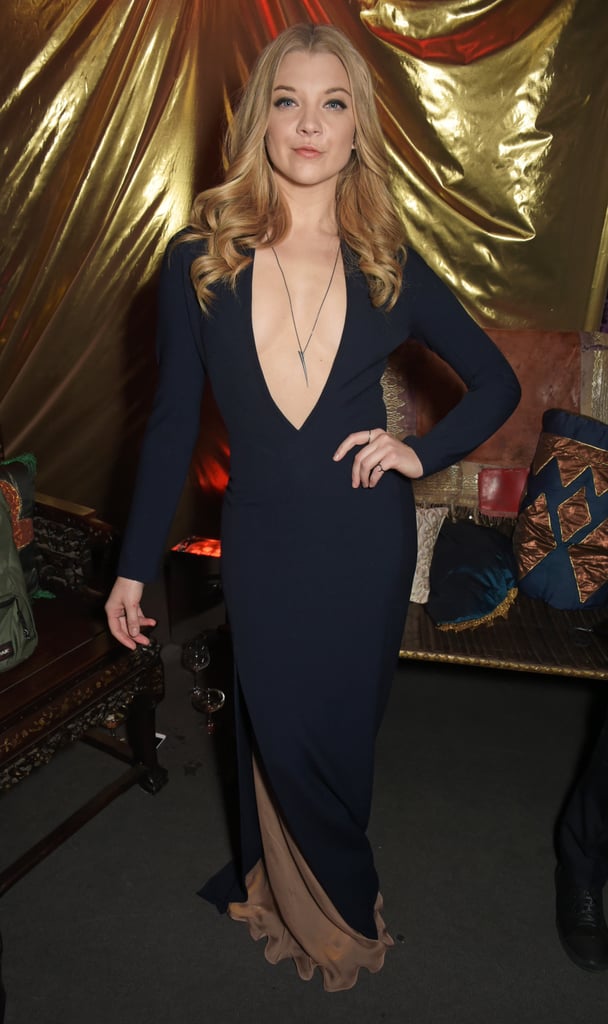 It was an epic battle for best dressed at last night's Game of Thrones season five premiere. The show's rising stars, including Natalie Dormer and Sophie Turner, took to the red carpet in daring outfits that, while maybe not in style in Westeros, made quite a splash in London. Though the show (and its seriously epic fashion) won't return to our lives until April 13, the sexy styles from last night's premiere are the perfect antidote to the pain we've been feeling while the show has been on hiatus. Read on to see our favourite looks from last night's premiere.