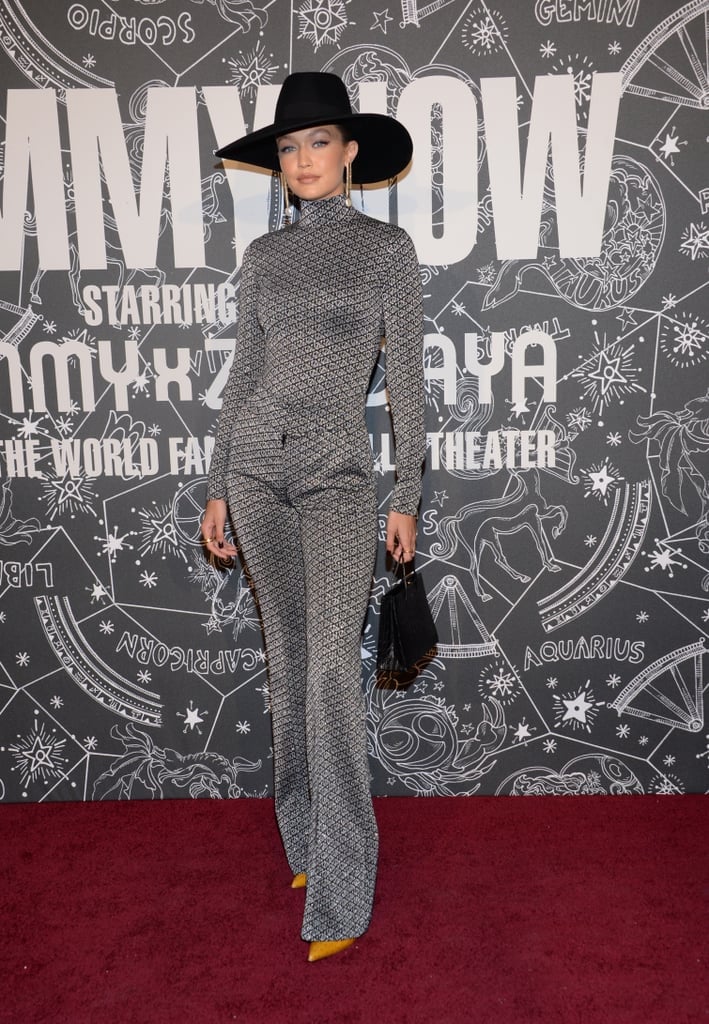 We've spotted Gigi Hadid out and about at New York Fashion Week a few times since the shows began, but on Saturday the model finally hit the runway, taking centre stage at the Ralph Lauren show as she walked through the glamorous art deco setting wearing androgynous tailored look topped with a silver-threaded coat.

The Old Hollywood-inspired runway appearance was a million miles away from the more laid-back looks Gigi's been sporting between shows. Earlier in the day, she attended the US Open women's finals — just like Meghan Markle — wearing a chilled-out denim look, and previous to that was spotted showing her support for Jeremy Scott (the first designer for whom she ever opened a show) in one of the designer's irreverent looks. Keep reading to see all of Gigi's fashion week moments so far.