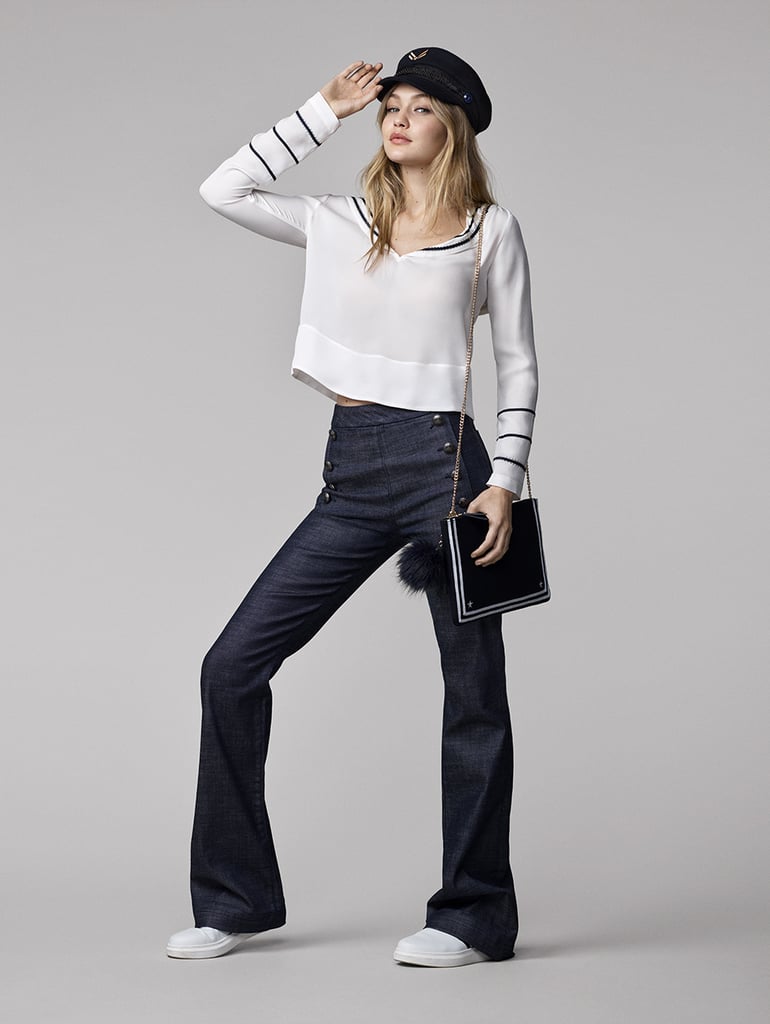 It was only a matter of time before Gigi Hadid tried her hand at designing — she's already conquered the rest of the fashion world, right? But what we really respect is that the supermodel is creating a line for a brand she truly loves: Tommy Hilfiger. Gigi wears pieces by the iconic American label both on the street and on the red carpet, and she was the leader of the pack at the Spring '16 show. It's really no surprise, then, that she was also named the face of Tommy Hilfiger's newest fragrance, The Girl, inspired by Gigi's free-spirited personality!

While you can browse behind-the-scenes shots of the campaign, we're sure you're more focused on Gigi's clothing collection, which is shoppable on Sept. 9. We finally received sneak peeks of the Fall '16 designs and the lookbooks below. Scroll to see the standout pieces, like a military-style blazer and cosy cable knits, reminisce over some early sneak peek snaps, and gear up to shop everything in store and online. Affordable items include tops starting at approx. $65 and outerwear for $380. But if you want something truly special, keep your eyes on Gigi's $780 leather pants.

black women
Beyoncé's Adidas x Ivy Park Collection Has Arrived, Check on It Before It's All Sold Out
by Kara Kia 6 days ago

Wedding
Confirmed: Grace Loves Lace Is Opening a Showroom In Sydney
by Kate McGregor 2 hours ago

Runway
The New York Fashion Week Calendar Is Here — It's Short, Busy, and Exciting
by Balim Tezel 2 days ago