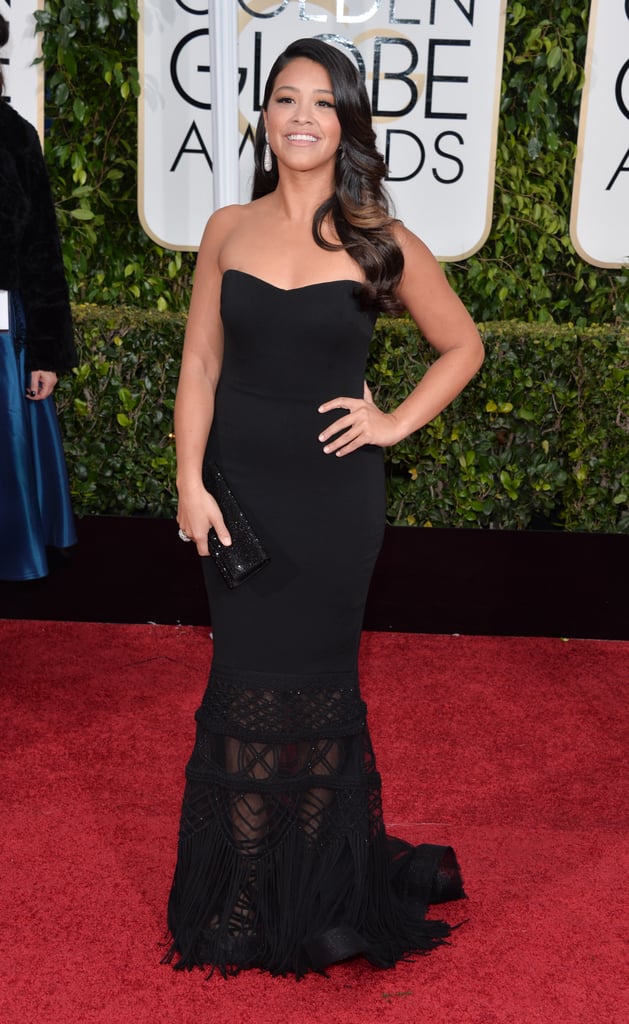 If you wanted to borrow a dress from Gina Rodriguez, all you had to do was ask. After a fan tweeted at her, saying she'd love to wear Gina's Golden Globes gown to prom, the star quickly went on a mission to make it happen.

"Where do you live?" the Jane the Virgin actress asked, adding that she only owned the black Badgley Mischka number from 2015. "Let's talk about it. I'm reaching out."

That was only the beginning of a long Twitter interaction between both ladies — and finally, Gina's dress has arrived on her fan's doorstep. Read through for the full conversation, which convinced us that Ms. Rodriguez is a real-life fairy godmother, and then click on over for Gina's crazy-good red carpet fashion evolution.