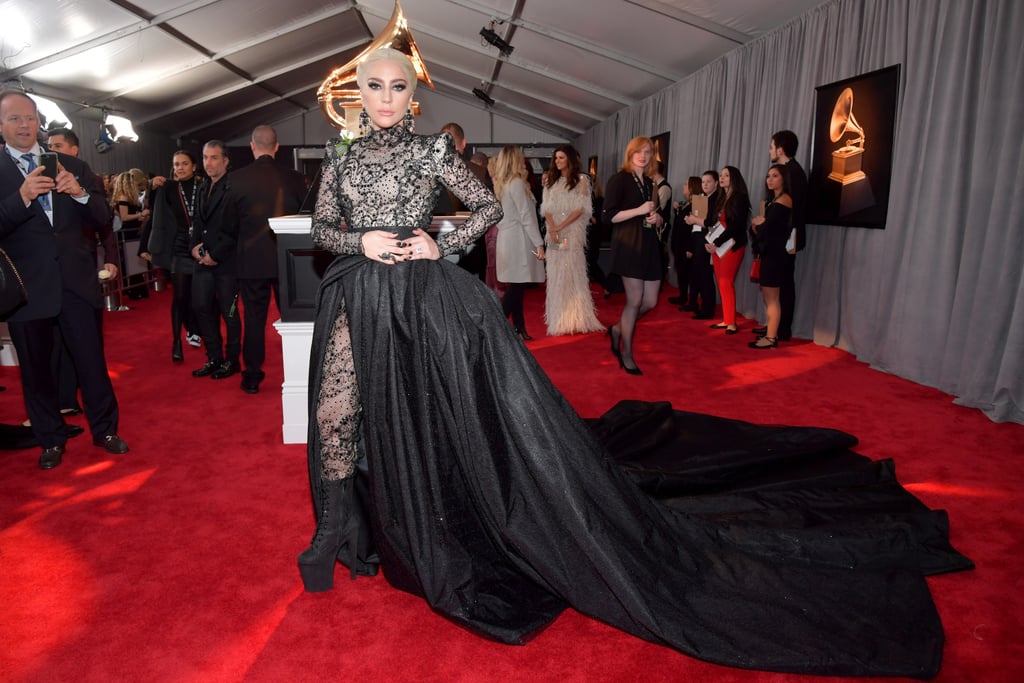 Who Wore What to the 2018 Grammy Awards

The 2018 Grammy Awards took place at Madison Square Garden in New York today. The event (as you probably know) is held to honour the most talented names in the music industry and has a reputation for one of the most exciting, avant-garde red carpets of the entire awards season. And we can report, today's line-up of looks didn't disappoint.

Lady Gaga looked next-level in an Amarni Prive gown that featured an extravagant train, and Hailee Steinfeld added edge to her white strapless gown with a pair of purple metallic boots. We also saw a sea of white roses in support of the Time's Up movement. Actresses and actors wore all-black at the Golden Globe Awards, and this was the music industries way of taking a stance.

Related:
Over 100 of the Most Iconic Grammys Outfits of All Time

Read on to see every creative look from the Grammys.

Music
Halsey Doesn't Hold Back After Being Snubbed For a Grammy: "It's Not Always About the Music"
by Grayson Gilcrease 3 days ago