Heidi Klum's Halloween costumes and parties are the stuff of fashion legend, and this year's look was no different. Dressing up as an elderly woman, the supermodel was completely unrecognizable in the costume.

In 2012, Klum worked with Martin Izquierdo (the man behind some of the wings for the Victoria's Secret Fashion Show) to design the bold gold dress, cape, and headpiece she was going to wear to her 13th annual Halloween party — which was cancelled because of Hurricane Sandy. Before that, Klum cooked up costumes ranging from a purple-and-red robot to the forbidden fruit from the Garden of Eden. A look at some of Klum's best costumes here in the gallery. 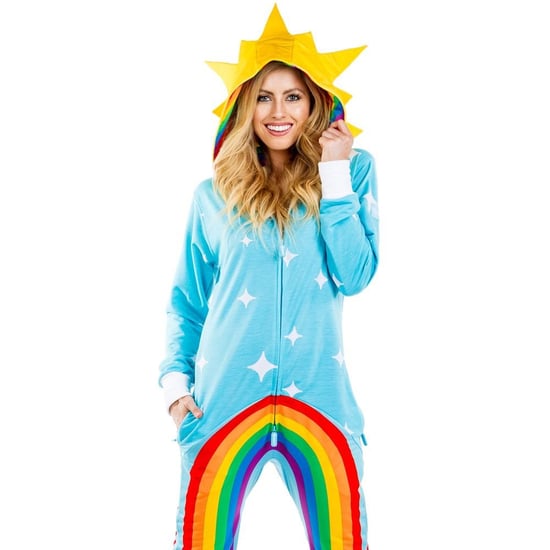 Halloween Costumes 2020
This Colourful Onesie Has a Rainbow Across the Butt, and We Would Like One Immediately
by Emily Weaver 3 days ago