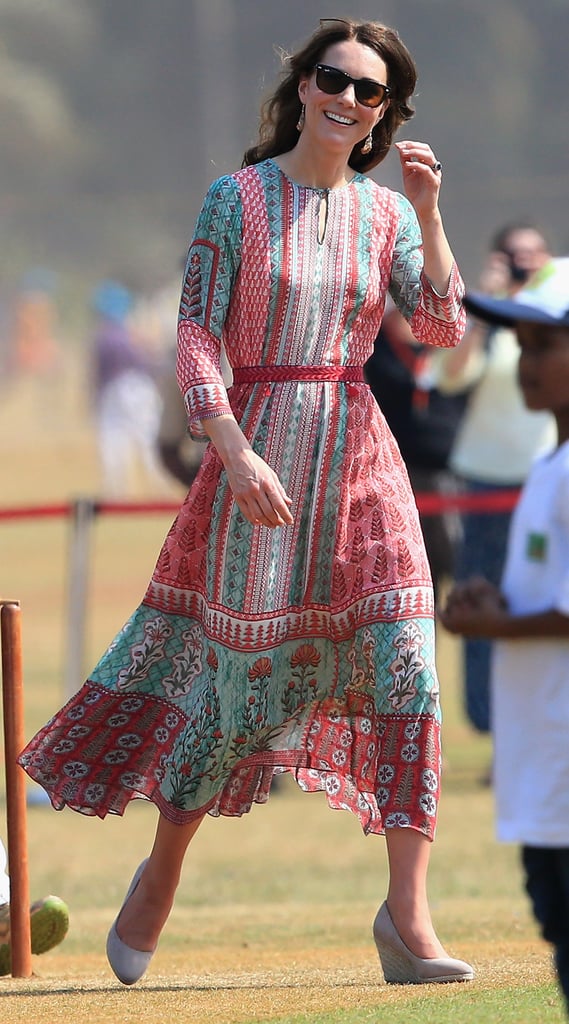 There were months of preparation to make sure everything was just right with Kate Middleton's traveling wardrobe for her royal tour of India and Bhutan with Prince William. The duchess was reportedly very involved in the planning and shopping — but she had some help. A special member of the duke and duchess's team, assistant-slash-stylist Natasha Archer, has been credited with helping polish Kate's high-fashion image and building a wardrobe for the latest tour.

A number of outfits we've seen Kate wear so far on the trip have come straight off the rack; see, for example, her two-piece Temperley London set and her printed frock from Glamorous.

The first outfit we saw on Kate, though, was something special, and the process by which Kate made the dress her own sheds some light on the inner workings of her approach to fashion. With help from Natasha, Kate's multi-coloured Anita Dongre dress underwent a major transformation.

Anita herself gave a special interview to The Telegraph in which she shared rare insight as to how the duchess gets dresses. We took away a number of interesting facts, including:

Award Season
Megan Thee Stallion Wears a Lime Green Area Minidress, and It Sure Is Electrifying
by Sarah Wasilak 18 hours ago