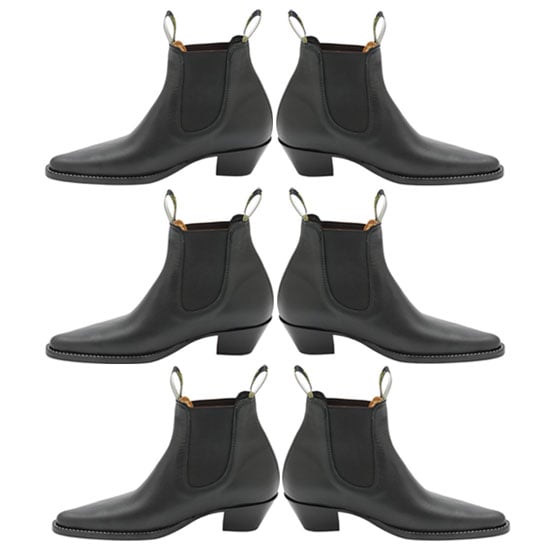 When you think of iconic Australian brands, it doesn't come any more ridgey-didge than RM Williams. The heritage brand, which has been outfitting the Australian bush since 1932, has been acquired by L Capital Asia, an equity fund set up by international luxury conglomerate Louis Vuitton Moet Hennessy. LVMH purchased a 55 percent stake in the private company for a reported $50 million. WWD reports that major stakeholder Ken Cowley, an ex-senior executive at News Corp, was looking for a business partners to grow the brand internationally — and he will retain a stake in the company under the new deal. Fears that LVMH will move the South Australian production of the brand's iconic hand-made boots off-shore have been quelled by BRW, and for the sake of Dion Lee we hope they're right. During fashion week, Dion teamed his entire new season collection with RM Williams' pointed-toe Millicent boot, and already we've heard that industry types are already putting in their ($410) orders online. Who needs LV when you've got RM, right?