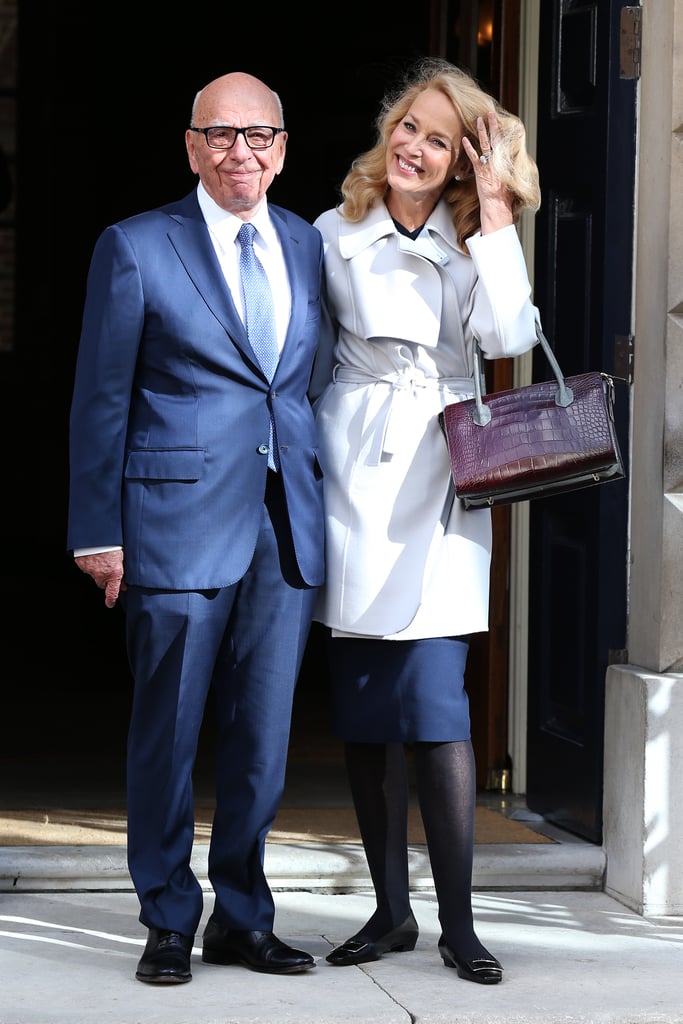 Three months after announcing her engagement to Rupert Murdoch, 1970s fashon icon Jerry Hall is a married woman. The former model, who was formerly in a long-term relationship with Rolling Stones frontman Mick Jagger, tied the knot for the very first time (legally) Friday morning at Spencer House in London, England. For the daytime event, Jerry struck a decidely understated vibe; the 6-foot-tall newlywed was clad in simple flats, black tights, a navy-blue maxi skirt, and a very English trench coat. Also on display was, of course, her massive engagement diamond.

The custom in the UK, for many, is to have a small civil ceremony ahead of a more formal nighttime affair. Jerry and Rupert are rumored to be following this tradition with a party planned for Saturday. And it looks like Jerry is prepping for something special — someone on her and Rupert's staff was seen carrying garment bags and hat boxes, one of which was emblazoned with Vivienne Westwood's logo.